must see places in himachal

Mashobra, another charming hill station in Himachal Pradesh is the blissful getaway that the city folks so desire. Hidden behind the dense wilderness, lies the sleepy yet virgin town of Mashobra. This hilly town is about 2,146 above sea level and is the summer retreat for the President of India. The British were the first to discover its purity when they too made it their hidden recluse away from the populated cities.

Mashobra is nested in the laps of nature. The place has every kind of natural beauty that the heart yearns for. There are crystal clear lakes, charming birds, large meadows, vibrant trees, and the mighty Himalayas complete painting. The mist never parts way from the mountains, a thin veil akin to a Christian Bride’s veil always covers the topmost peak of the mountains. The sun reflects its aura perfectly from the grooves of the hills and touches lightly on one’s cheeks.

The locals are always friendly, and just a simple chat with them will reveal the details of their mundane yet an uncomplicated way of living.

Mashobra is located about 12km from Shimla and has popularly acquired the nickname- “Quiet Shimla”. Most tourists (if they even know about this hidden gem) come to Mashobra to get away from the overcrowded and highly commercialised parts of Shimla. Mashobra offers one the most relaxing time that Shimla lacks.

Things to do in Mashobra

While adventure sports like paragliding, skiing (in winters), biking or even camping can be done in abundance in this town, but there are other uncharted jewels that this little hamlet has to offer.

This gorgeous hotel is located at the top of Mahasu Peak. Its sheer radiance and beauty have made this a sought after tourist spot. Wildflower Hall was originally the residence for Lord Kitchener of Khartoum and the favourite summer retreat of Lord Ripon after it burnt down in a fire in 1993. It was rebuilt into a hotel after 1993 by the joint efforts of the Himachal Pradesh Government and the Oberoi group.  This hotel now prides itself on exemplary services and is an epitome of luxury. It also has breathtaking views that makes one just stand and stare for hours and hours.

The iconic Mahasu Devta Temple is dedicated to Lord Shiva or Mahasu Devta, as the locals call it. This temple is highly revered by the locals at the tourists alike. Tourists can just sit at the serene sanctum located inside the temple, as they become one with the Lord. The experience is a truly spiritual one and helps one to calm the mind and relax.

It is also known for the two-day Mahasu Jatra festival which is held at this very temple on the third Tuesday of May annually to celebrate the shifting of Lord Shiva’s idol in the temple. The festival is celebrated by the singing of exciting folk songs, their popular Tribal dance called Natti and various other rituals. Tourists can be passive audiences to this spectacle or can take part and dance along to the foot tapping folk music.

Mashobra is also famous for being the retreat town for the President of India. It is situated at Chharabra on the hilltop at Mashobra. This extraordinary building is made completely out of wood and the elegance of its architecture is reflected in every corner of the building. It was built in 1850 for the viceroy of India. It is spread over a massive area of 10,000 square feet.  This gigantic 16 room bungalow also has a dense forest that makes up for an atmospheric surrounding. During the summer, The President of India along with his or her full entourage shifts to this bungalow for about two weeks.

Note- One does need special permission from government officials to enter the premises of this building.

This freshwater stream is a must visit place for every tourist. It is mainly frequented by adventure lovers since this lake is known for its river rafting experiences. The lake is free of annoying crowds of people and one can raft here at peace. The water is ferocious but just perfect enough for the kind of current that professional rafters desire. This little lake also has a fantastic surprise. It has a natural hot spring located in a secluded spot which easily accessible. This small hot spring is the best place to huddle up and take a dip during a fine spell of rafting.

This majestic villa was made by an Italian traveller Chevalier Federico Pelite, who came to Mashobra to document through photographs the beauty of Mashobra. He built this villa to remind him of his home in Italy. It located at about 7,700 metres above sea level. It is built in accurate Italian architecture. The villa is constructed exclusively with woods and pristine streams and stunning pine trees dominate the surroundings. It has become quite a popular stop for tourists.

The villa also has a magnificent lawn that stays accurately manicured, hard stone benches and lamps that are out of the colonial period. All of this adds to the beauty of the villa.

This villa is also another home for adventure sports like- rappelling, rock climbing, fishing and many more.

In and Around Mashobra

There are a few places that one can visit while they stay at Mashobra. These places just add to the experience.

The water gushing down the cliff at a rapid force while the area is completely untouched by humanity and is hidden by beautiful trees, makes it look like a place out of a movie. The waterfall is located inside the deep interiors of the Glen Forest. The water fiercely cascades down the massive gorge and touches each groove of the rocky mountain on its way. This is an amazing place for couples to take a dip or just stare at the marvellous clean water.

This fascinating market is hustled in the busy market area at the Ridge near Mashobra. It specialises in wooden handiwork and the little trinkets that they sell at this market are just too tempting to resist. They sell and make all kinds of souvenirs out of wood. One will be shocked to see the sheer variety of the number of things that are sold here.

The best time to visit Mashobra like another other hill station is during the Summer Months- March to June. The temperatures are pleasant during that time, ranging from 10 degrees to 24 degrees. This makes it a nice time to visit this place, and to get away from the tantalizing summer in the other parts of India.

Monsoon is generally avoided since the town gets damp and wet, and most tourist attractions remain closed during that time.

Mashobra is a hidden paradise nestled in the Himalayas. It is the best recluse from both the heat of the Summer in India and from the maddening crowds of other hill stations. 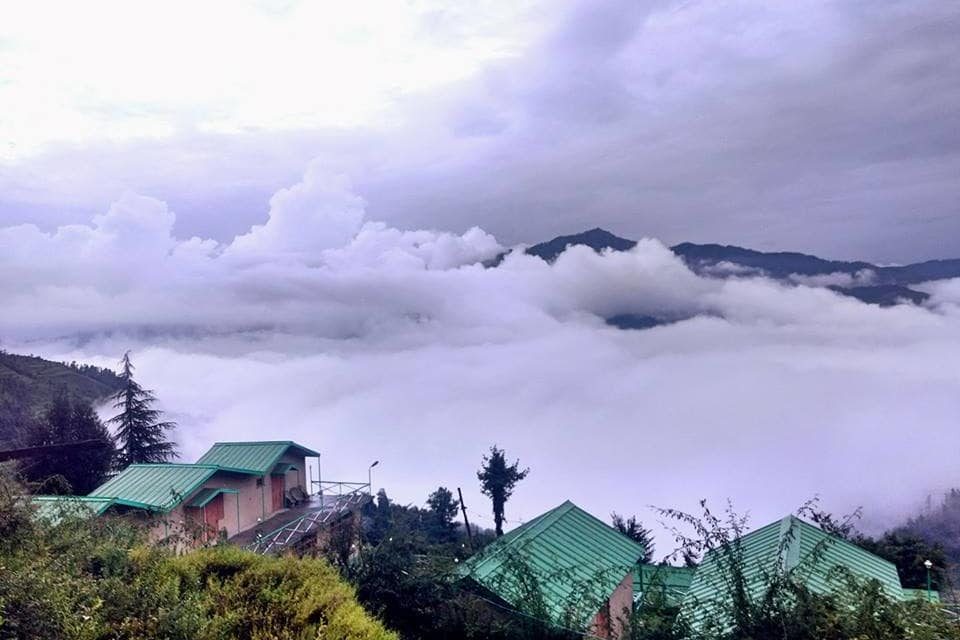 Mashobra, another charming hill station in Himachal Pradesh is the blissful getaway that the city folks so desire. Hidden behind the dense wilderness, lies the sleepy […]
Do you like it?1
Read more 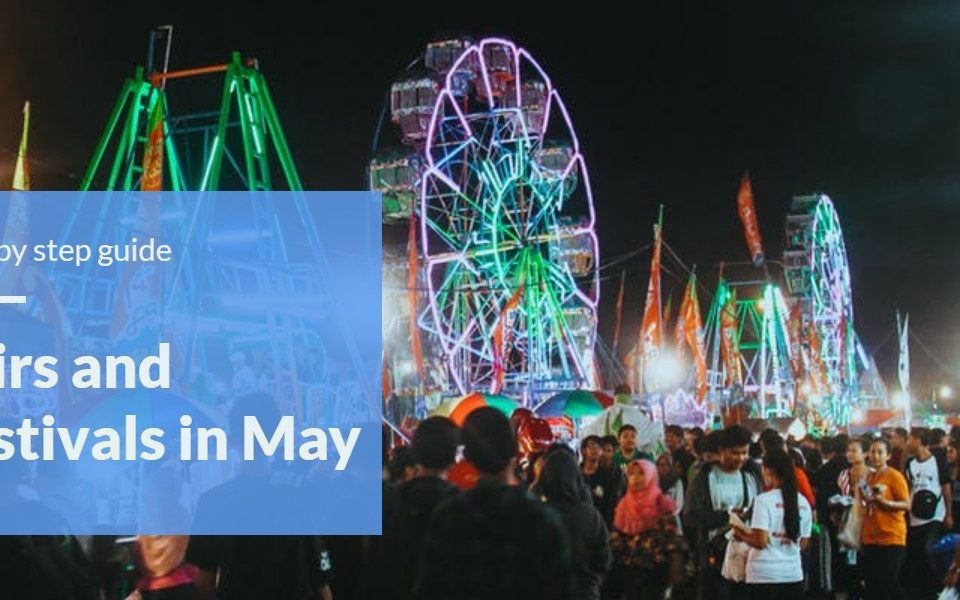 Summer festival in Mount Abu Rajasthan’s Mount Abu is contacted by a happy state of mind on the eve of the Summer Festival that is held […]
Do you like it?1
Read more 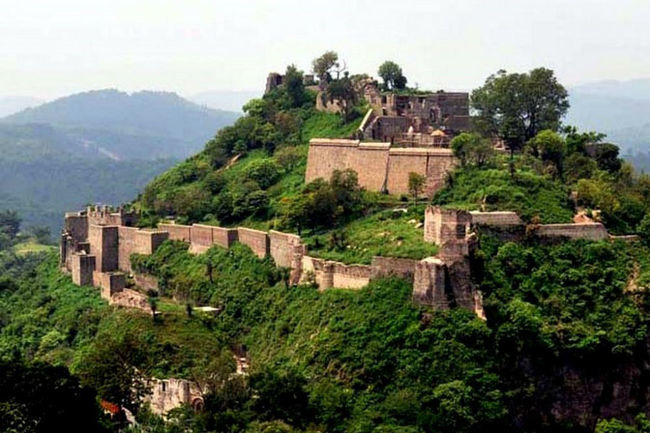 The grand ancient fort stands tall as it reflects the warm sunlight of its glorious structure. As the sun rays touch each of its grooves, one […]
Do you like it?0
Read more