Varanasi is a quirky yet unique city that redefines what India is. The holiest copy of Hindu is also one of the most chaotic yet charming city. From the crowded lanes to the ancient Ghats, you are sure to be captivated by the weird and bizarre world of Varanasi.

However, it isn’t easy for everyone to come and traverse through this funny little town. Anyone is bound to get overwhelmed by the sheer chaos that ensues in Varanasi. So we collated some tips for you so that your stay in Varanasi is as beautiful as possible.

Varanasi is very well connected to all the major cities through regular and frequent flights.

The city has two major railway stations Varanasi Railway Station and Kashi Railway Station. Both of the stations are well connected to the main part of the city. There are regular trains to Varanasi from all the major cities in India.

Varanasi is chaotic and wild. There is everything happening at once, and there is too much of it. There are names sadhus, dead bodies burning, hawkers selling you everything under the sun, some amazing yet weird rituals and cows and buffaloes all co-existing.

This can get a little overwhelming. So if you are not from India, and this is your first trip to India, then don’t make this the first place to visit. Head over to a different city first and see the other side usual side of India first.

3. Choose The Perfect Place To Stay

While it is recommended to stay near or on Ghats, since all of the action from pyres to rituals take place here, it is suggested to not stay at the Manikarnika Ghat. This Ghat is where lines and lines of bodies are burnt, and there is smoke coming from everywhere.

The chanting of the priests make it even more dramatic and all of this can be a little too much. Try taking a breather and stay at the Assi Ghat, which is a much-simplified version of this chaotic city.

4. There Is No Party At Varanasi

Varanasi is a conservative city, and it is more about the culture than anything else. There is no party culture or club culture here. This is the place where you can come to actually learn the complexities of the Indian culture, as you try to soak in everything.

5. Be Experimental, But Be Careful

India itself is a confluence and synthesis of different taste buds all coming together. But, Varanasi being one of the oldest city in the world, the food here is exquisite and interesting. Be careful about the hygiene, and check out some trip advisor recommended restaurants.

Their loads of food joints and some recommend ones are Deepak Tambul Bhandar, Deena Chaat Bhandar, and Baati Chokha. Don’t forget to tuck into some delicious and authentic pani puri to enrich your experience.

The most popular Viswanath Temple does not allow foreigners to enter. However, as nothing is straight in this city, these rules change daily. Check-in with the authorities to make sure.

7. Don’t Snap Away Without Consent

Sadhus are an interesting aspect of Varanasi. The saffron-clad bearded men usually sit at the Ghats and smoke up. While they might be very interesting and quirky, it is still not allowed to just click their pictures without their permission.

If you click without consent you might have to pay a heavy fine. Make sure you ask before you take a snap, and most of the times they will just flash a big smile and pose for your camera.

8. You Can Get Scammed

While you might think that you out of all person won’t get conned, the scammers are much smarter. Especially in Varanasi with so many things happening, it is easy to get scammed. Be aware of these persuasive and shrewd people. Do not believe anyone who comes up to you to ask for money for whatever reason.

There are also people who try to sell you Bhang and cannabis, be careful. Even if you want to try bhang make sure it is from the government-sanctioned shop. Make sure you don’t take any kind of drugs since it is illegal in India.

Varanasi is filled with narrow confusing lanes, where you can easily get lost. The alleys have their own rustic charm and it is a whole another world when you go into one of them. Everything is happening all at once in these alleys.

From cows to processions to small colourful houses to markets, everything is present in those narrow lanes. While it is extremely eye-opening to actually get lost here, as it a cultural symphony, but make sure to memorise the name of your hotel.

No one in Varanasi is telling you the right price. From the street food vendor to the boat rider to the bangles seller. Make sure you negotiate and haggle as much as you can. They are bound to reduce the price. A boat ride will not cost you more than 300 to 500 rupees per hour, so make sure you haggle. The prices are a little steeper during sunrise.

It is not just beautiful but also a must do activity in Varanasi to wake up early. The best time to walk and see the city is early in the morning when the maddening crowd is still in slumber. Everything is silent and peace surrounds the place. It is a starkly different world than that when Varanasi wakes up. The sunrise is also too good to miss.

There are too many cows in Varanasi, and it seems every cow on the earth has descended here at Varanasi. Because of this, the roads are usually filled with cow excreta. Make sure you beware of this and avoid it as best as possible.

India is, in general, a conservative country. It is best to cover up properly especially in Varanasi, even more than in other parts of India. Make sure your legs and shoulders are covered properly.

While a lot of pilgrims take a dip In holy water of River Ganga, it is best to avoid it as tourists. There are too many people taking a dip which renders the waters dirty and polluted. There is dirty everywhere with ashes flying around and other materials floating.

Varanasi is extremely infamous for pickpocketing and stealing. It can be possibly attributed to the amount of crowd that comes to Varanasi which makes it easier for these con men to steal things. Make sure you are very sure of your belongings and keep it as safe as you can.

Varanasi is the holiest city in India. The festivals in India are celebrated with great pomp and fare in Varanasi. The extravagant rituals and colourful traditions are heightened to another extent. The sight is too resplendent and the whole city goes to a different trance at this time. Especially during Deepavali, the whole place is covered with golden lights that make it look royal.

The most important thing to do in Varanasi is to come with an open mind. Try and soak up everything that you see around. Everything in Varanasi is a cultural learning and experience, open your mind to these experiences and then understand what Varanasi actually is. You will not enjoy the beauty of Varanasi if you haven’t opened your minds and eyes to the scene and lies in front of you. 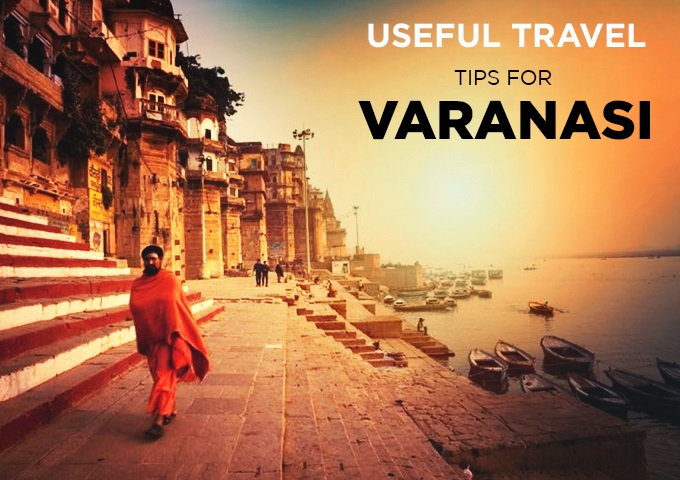 Varanasi is a quirky yet unique city that redefines what India is. The holiest copy of Hindu is also one of the most chaotic yet charming […]
Do you like it?0
Read more