Bundi is located in the southern Rajasthan and known for its interesting monuments and fascinating cultural heritage. Located about 35 kms from Kota, this place is surrounded by Bhilwara in the west, Chittagong in south-west and Tonk in the north. It is a beautiful tourist destination where you can experience its charming lakes, colorful bazaars and majestic monuments designed with intricate carvings. The traditional character of this town has made it a famous tourist destination in the state of Rajasthan. The major attractions of this city include Bundi Palace, Taragarh Fort, Sukh Mahal, 84 Pillared Cenotaphs, Rani ji ki Baori. 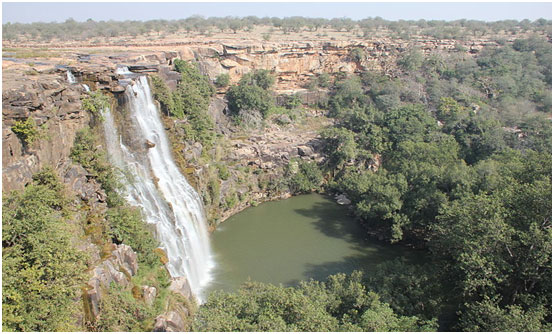 The Bundi Palace is located adjacent to the Taragarh fort. The murals of this palace have beautiful intricate carvings that depict a fine example of the Bundi Rajputna era. The magnificent Bundi murals cover the walls of the edifice. However, tourists can only visit the Chitrashala, a pavilion decorated with colorful paintings. The palace looks extremely beautiful in night with superb lightening and decorations.

Sukh Mahal was constructed during Umaid Singh regime. This place is endowed with natural beauty and serene environment. Located on the periphery of Lake Jait Sagar, it offers a fascinating view to the tourists. It has a white marble chhatri or umbrella which stands on the roof of the second storey of the mahal. It is a pleasant palace which was originally constructed for the Rajput princes of that time. 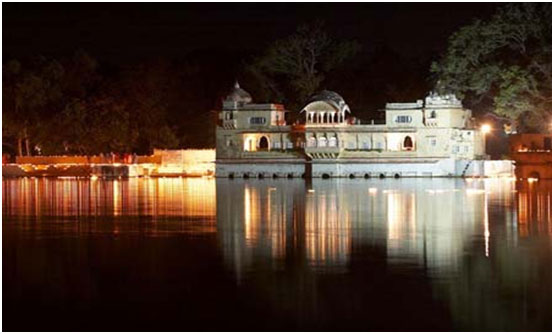 The Taragarh Fort was built in the 14th century and is a must visit place in Bundi. It is also known as the star fort due to its striking features. Bhim Bhuj is situated inside the fort, which is the largest fortification of the fort. A huge cannon, the Garbh Gunjam, is seen to be mounted on it. The fort has three tanks inside which is believed to be never dried up. Moreover, the fort provides a panoramic view for which it has been visited by a large number of tourists.

Built by Rao Anirudh Singh of Mewar, the 84 Pillared Cenotaph is also called as Chaurasi Khambon ki Chhatri. This two storied structure was built by the prince in memory of his nurse Deva. The interiors of this structure are delicately carved depicting animals. The structure rests on 84 pillars, thus the name 84 pillared cenotaphs.

It is a step wall outside the city walls with ornate, pillars and a arched gate. The pillars and gates are covered with finely carved murals. A carved panel of dash avtar of Lord Vishnu Varaha, Matsya, Kurma, Vaman, Narsingh, Parshuram, Rama, Krishna, Budhha and Kalki is the major attraction of this baori.

Bundi is located in the southern Rajasthan and known for its interesting monuments and fascinating cultural heritage. Located about 35 kms from Kota, this place is […]
Do you like it?0
Read more