Mount Abu is the only hill station of the state of Rajasthan with rich in natural scenic beauties. It was known to be the favorite summer destination during the British era. It is believed that the city was visited by the 24th Jain Tirthankara, Lord Mahavir. So this place holds significance for both Hindu and Jain religion people as a major pilgrimage site. The cool climate and fascinating hills and lakes of Mount Abu make it a unique place in the land of Rajasthan. Tourist attractions of Mount Abu include a number of Jain temples, picnic spots, view points, gardens, museums etc. 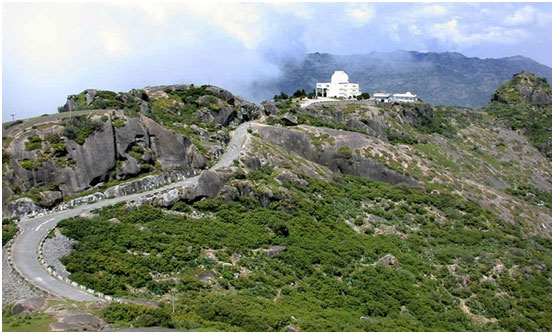 The Dilwara Jain temples were constructed between 11th and 13th century AD. Made out with carved marbles, the temples are dedicated to Jain Tirthankaras. Of all the five Dilwara temples of Mount Abu, the Vimal Vasahi temple is considered to be the oldest one.

The Gaumukha temple of Mount Abu is another major pilgrimage site. The literal meaning of Gaumukha is cow’s head. In this temple, a natural spring flows through a sculpted cow’s head, thus named Gaumukha. In the background, a beautifully sculpted Arbuda temple is located housing a marble image of Nandi. 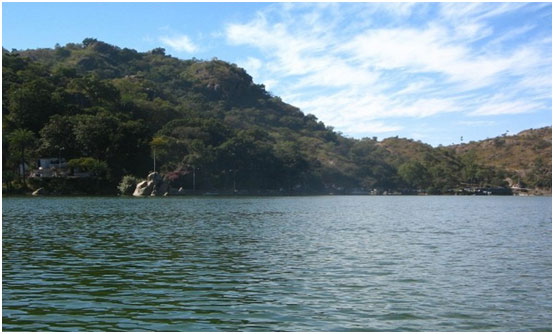 Near the Raghunathji Temple, a reservoir called Nakki Talab is situated. It is mythologically believed that gods dug up this artificial lake using their fingernails.

Another temple called the Raghunathji temple is located near the Nakki Lake. Built in 14th century AD, this temple is dedicated to Lord Raghunathji.

The Sunset Point of Mount Abu provides an amazing view of the setting sun to the visitors. The Andra Point, also known as the Honeymoon Point has lush green plains and valleys that attract many tourists to this place.

There are a number of parks in Mount Abu which allure a large number of tourists. The major parks are Municipal Park, Ashok Vatika, Terrace Garden, Shaitan Singh Park and Gandhi Park.

The government museum has a collection of archaeological excavations of 8th and 12th century AD. It also houses miniature paintings, Jain bronze carvings, brass works etc. by visiting Mount Abu, you will get a glimpse of its scenic beauty and charm along with its traditional culture.

Mount Abu is the only hill station of the state of Rajasthan with rich in natural scenic beauties. It was known to be the favorite summer […]
Do you like it?1
Read more