Top 7 Places you must visit on your Sikkim Tour

If you are looking to embark on a North East India tour, then Rinchenpong in Sikkim is the place to be at. On this Sikkim, discover the beauty of this small hill town, as you are flooded by the mesmerizing views of the Kanchenjunga. Yet, what makes this town worthwhile is the unadulterated Orchid Belt Trail. This gorgeous trail will take you through the remote regions of Rinchenpong and pull you away far from the maddening crowd and into the world of nature.

Just let the flowers, the hills, the mountains and the lovely monasteries show you a world that is far away from worries and troubles. Ease into Richenpong on your Sikkim tour and let the city do wonder:

On your Sikkim tour, you will come across a really off the road place called the Orchid Belt. Located in the interiors of Rinchenpong in Sikkim, the Orchid Belt will require your dedication and determination to find it. You have to ride up till the iconic Gompa, and then start walking. The road is quite uneven here, however the walk through the dense forest with no human life, as you step on the fallen leaves and talk to the little birds that chip around, is quite refreshing. You should take a guide with you, to not get lost.

You will also find prayer flags hanging on the trees, which might suggest that there was a shrine or human life here once, but now has gone away. As you keep walking forward, you will find a little house located right in the heart of the forest.

The next part of the forest goes through the house. It is quite a unique experience to walk through the house as you step into the balcony which is still covered with pots and orchid flowers. There is also a hand pump located in the backyard, so you can get your muscles to work on your Sikkim tour and refill your water. Continue on your majestic trail and you will keep finding houses at every interval, all of them with gorgeous arrangements of orchids in their backyards and front porches. Some of the houses also had cactus which bore stunning and colourful flowers.

While some of the houses are empty with no inhabitants, some are occupied by old women. You can stop and talk to them for a while. It is quite fascinating to know how they will live here away from the civilisation and how they manage their daily life. This will add a personal touch to your Sikkim tour in Rinchenpong.

The locals of this forest are so adept with nature, that they can imitate the sounds of the birds. Kids as young as 3 years can just produce the same chirping of a bird flying by. This is quite magnificent to witness and hear. Just close your eyes and you will feel as if, birds are singing right into your ears.

Next up on your Sikkim tour should be the famous and mythical Poison Lake or the Nieng Dah Lake. This stunning lake is almost dry now, however, the name still manages to create a sense of mystery around it.

According to the legends, a British official came to Rinchenpong and then erected a Bungalow. The lake was near his bungalow. The local tribe called Lepchas were not in favour of this official, so they tried to poison the lake. However, his staff who was also a local informed this official about the plan and saves his life.

There are many other stories that you might find on the internet, however, this is what the locals believe.

After visiting the Poison Lake on your Sikkim tour make your way to the British Bungalow that still stood there. It has turned into a guest house. The bungalow looks quite new and it is obvious it has gone through a lot of renovation.

Drive through the lush green forests of Rinchenpong to finally reach a traditional Sikkimese House. Located in the interiors of Rinchenpong, this house is made of stone with vibrant and colourful windows. Situated all by itself on a huge compound, this house is quite a fascinating sight. The lower half of the house has unique criss cross-stones, which the upper floor is adorned with wooden windows. You cannot go into the house until you take the permission of the people residing there. You perhaps might not even get the permission, so don’t be disheartened. The locals are quite wary of foreigners.

To wrap up your Sikkim tour, visit the bustling Rinchenpong Bazaar, which is the best place to shop some knick-knacks and savour the delicious street food of Sikkim. Pick some mouth-watering momos and hot tea and watch as the sun starts to set behind the snow-peaked Himalayas.

Rinchenpong is also blessed with some monasteries that you can visit. There are mainly two monasteries, which are filled with vibrancy and colours. You will find the usual prayer flags leading up to the monasteries and the lush greenery that surrounds them. Visit these monasteries only if you have the time. 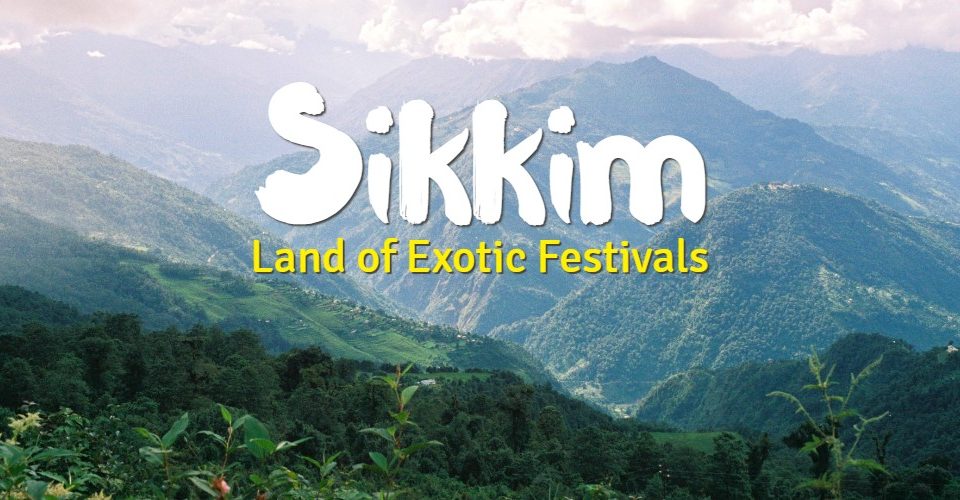 If you are looking to embark on a North East India tour, then Rinchenpong in Sikkim is the place to be at. On this Sikkim, discover […]
Do you like it?0
Read more