10 Amazing River Cruises In India For Your Next Vacation! 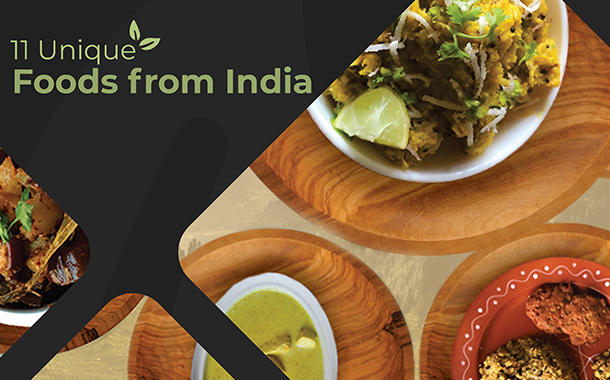 India has set itself on a high scale for being a mixture of tradition, art, architecture, religion, culture and culinary expertise among others. The country is well known for mouth watering delicacies that keep the tongue longing for more. This places it in the limelight when it comes to taste of food and cooking methods among other things. It is a true reflection of various cultures combined to come up with a unique nation.

India has had its culture affected greatly by different civilizations. The same has influenced its food. Some of the factors that greatly contribute to the unique taste of Indian dishes include spices, tradition, variety, history, health, color, and experience. Indians are known to take their health seriously, explaining why it is one of the major producers of various herbal drugs and spices. While making any kind of dish, health becomes a priority. This is why one needs to try the Indian diet. Here are some of the 11 Indian dishes to sample: 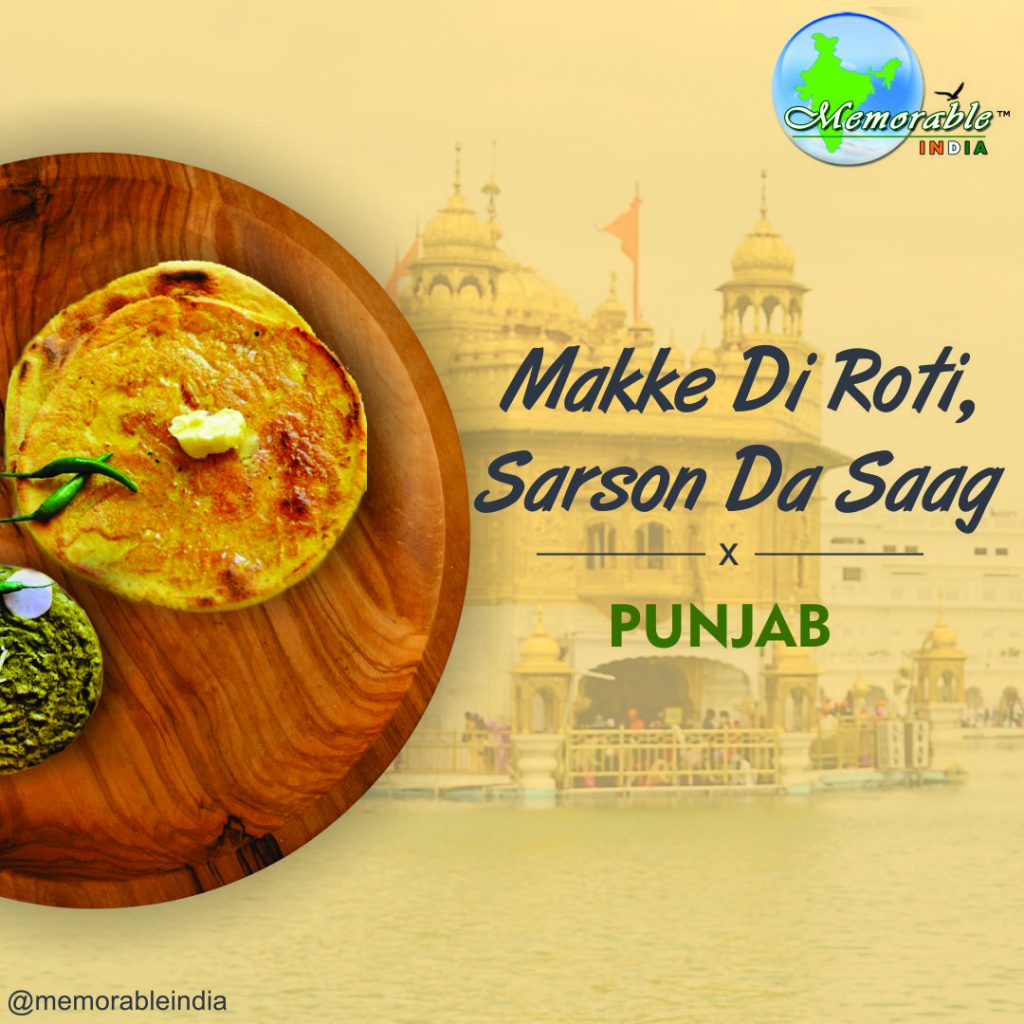 This is a traditional dish originating from Punjab yet is adored in all parts of the country. Saag is a green gravy dish made from mustard leaves also known as sarso, fenugreek, spinach, radish and spices. Once the gravy is ready, it is served with Makkie Roti or flat bread prepared using corn flour. The delicacy is typically prepared during winter months. While at it, it is wise to remember that Makki di Roti and Sarson da Saag cannot be complete without a chunk of jaggery on the side as well as a dollop of butter. 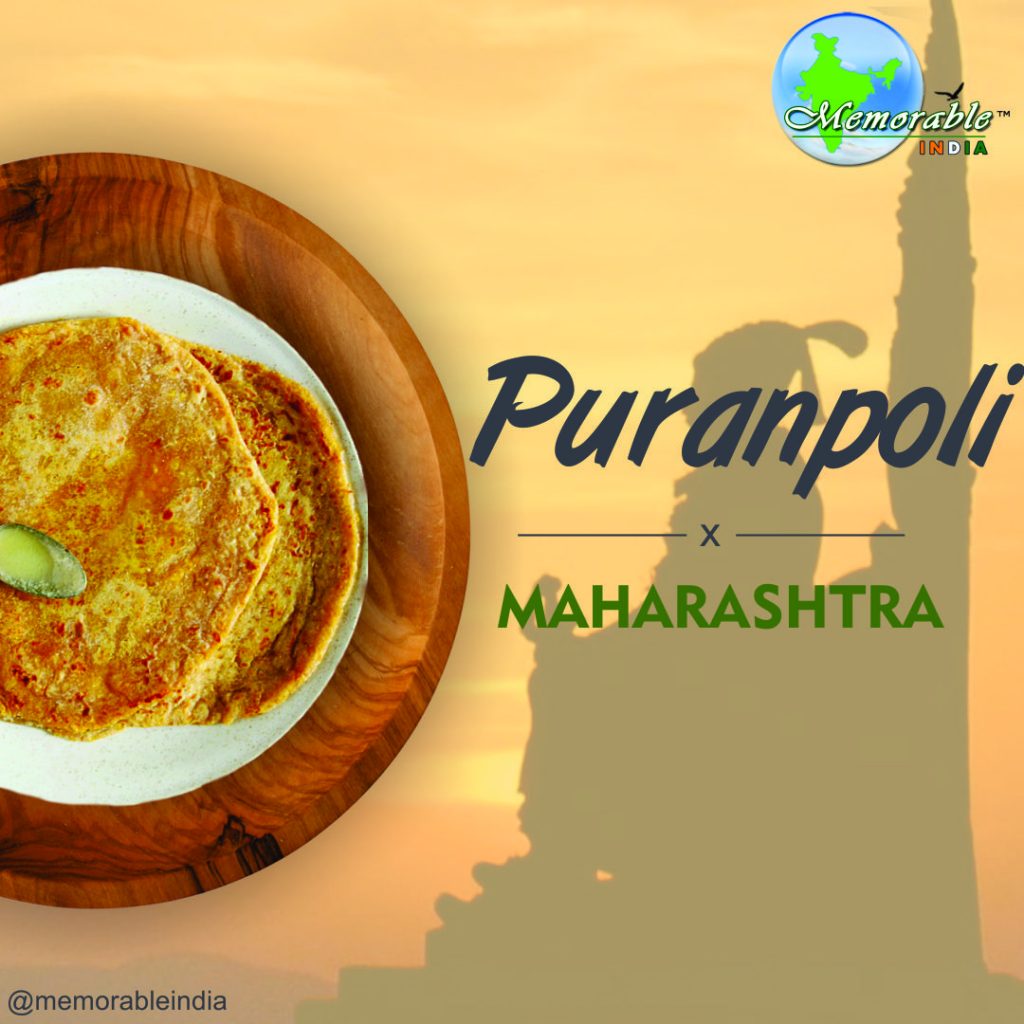 This traditional Maharashtrian dish is made from a combination of all purpose flour, a paste of lentil and jaggery(unrefined cane sugar). The flat yet sweet bread is fried in the pan(also known as tawa) until it turns golden brown. For Puranpoli, each Maharashtrian family has their special recipe and preparation. The cooking methods vary according to regions. An example can be given of the Konkan Belt where grated coconut is added to the stuffing, yet in other areas, this is not common. 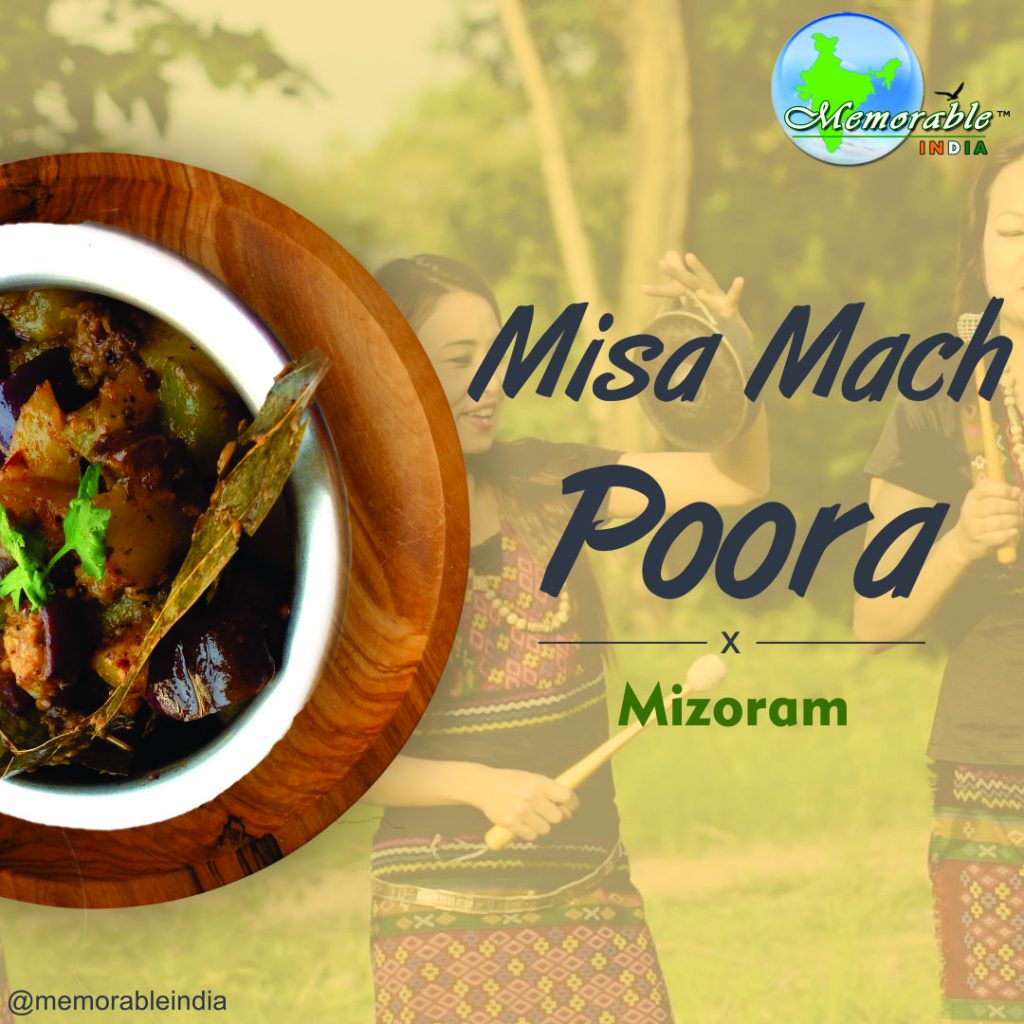 For lovers of seafood, this can be a very appetizing dish. Misa Mach Poora or grilled shrimp is a traditional delicacy made by roasting or grilling shrimp on banana leaves placed on hot coal. It is then flavored using local spices and is best served with steamed rice. This nice combination can be very soothing to the soul apart from filling the tummy. 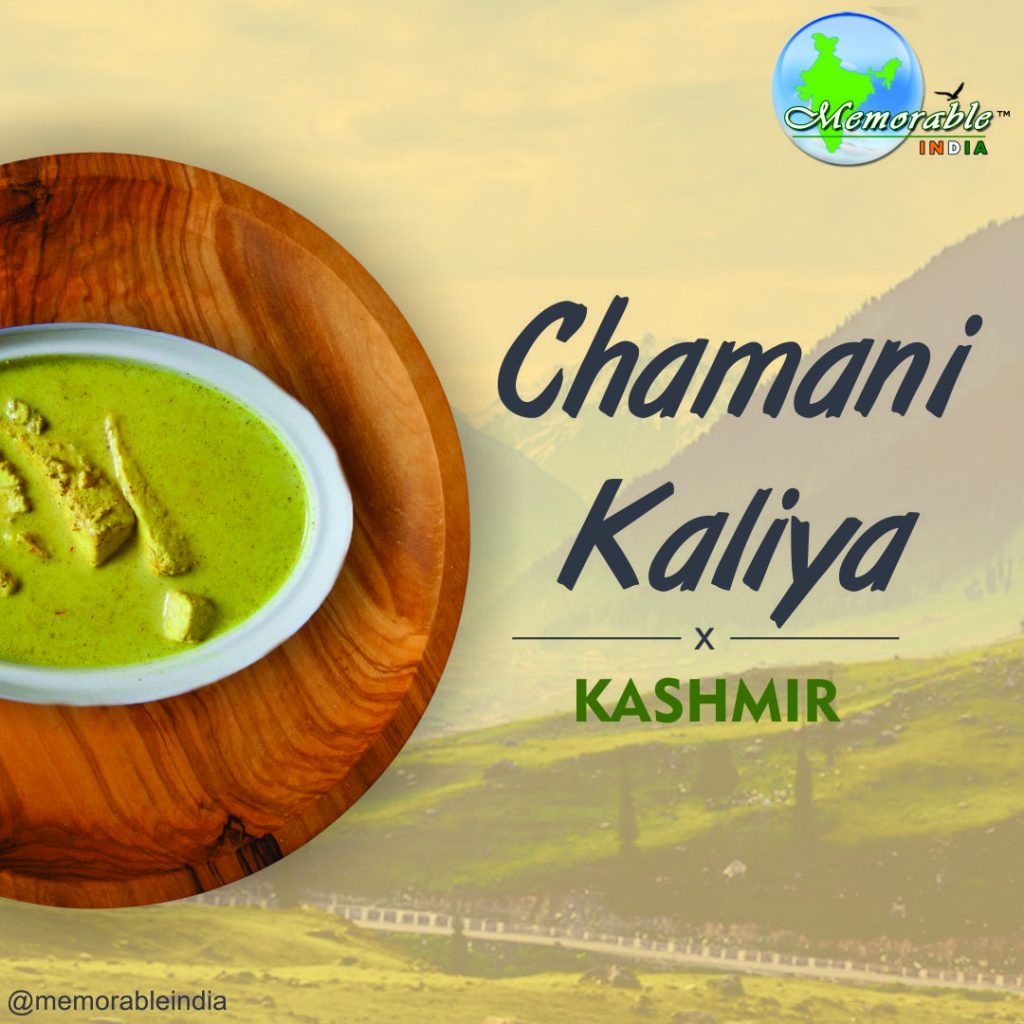 This is a Kashmir dish made of paneer or cottage cheese, milk, spices and curd. As much as the delicacy becomes thick gravy once it is mixed with a variety of Kashmir spices, the real essence lies more in the utensils used to cook the dish. The Kashmiri use earthenware pots to obtain the unique flavors of the mixture and delicate aroma 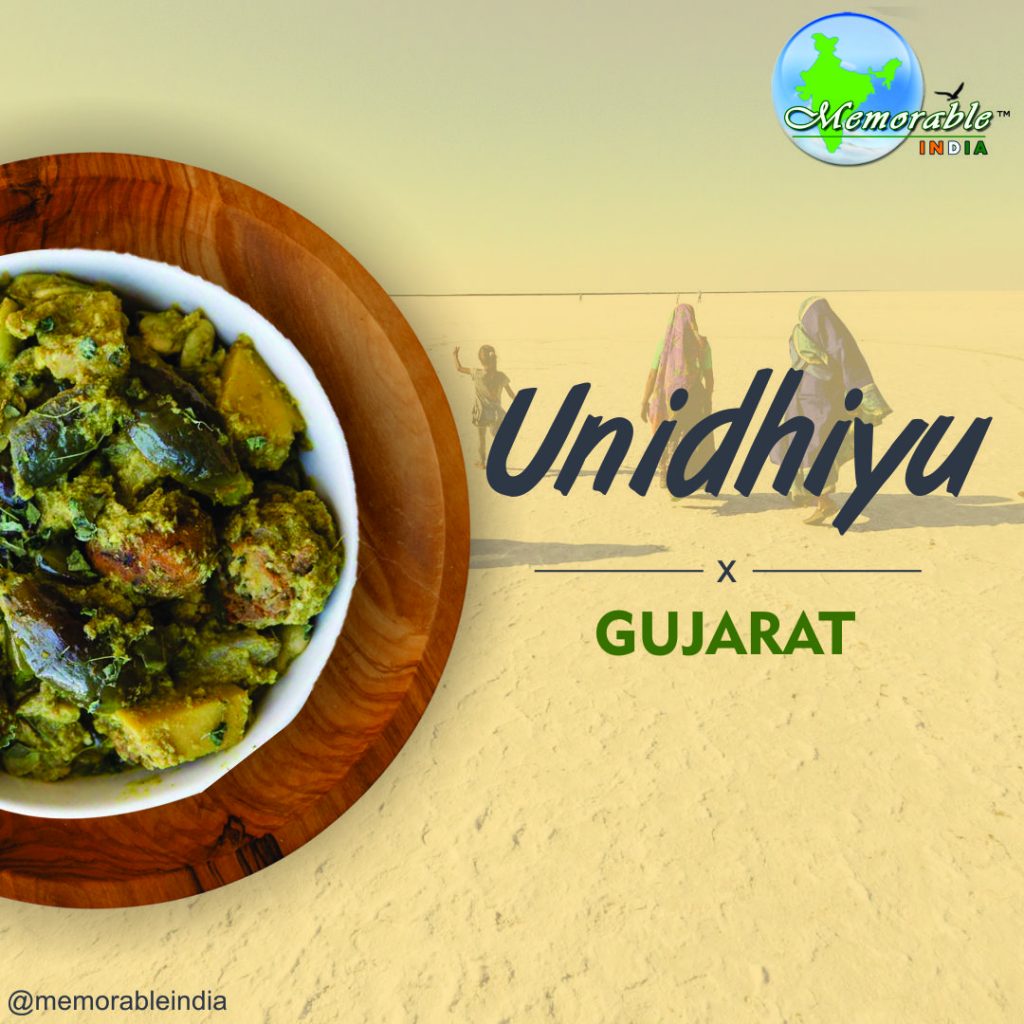 Indians have a liking for vegetables because they mostly contain vitamins that are essential for the body. This Unidhiyu dish is made from a variety of vegetables one can think of. This popular Gujarati dish is a unique combination of potatoes, green beans, purple yams, eggplants, peas and other seasonal plants. All these are cooked slowly under low heat to come up with an even pulp. Taking this food fills the body with goodness because it is packed with desired nutrition. It is also unique in that traditionally, it is made when the earthen pots are turned upside down. Really amazing! 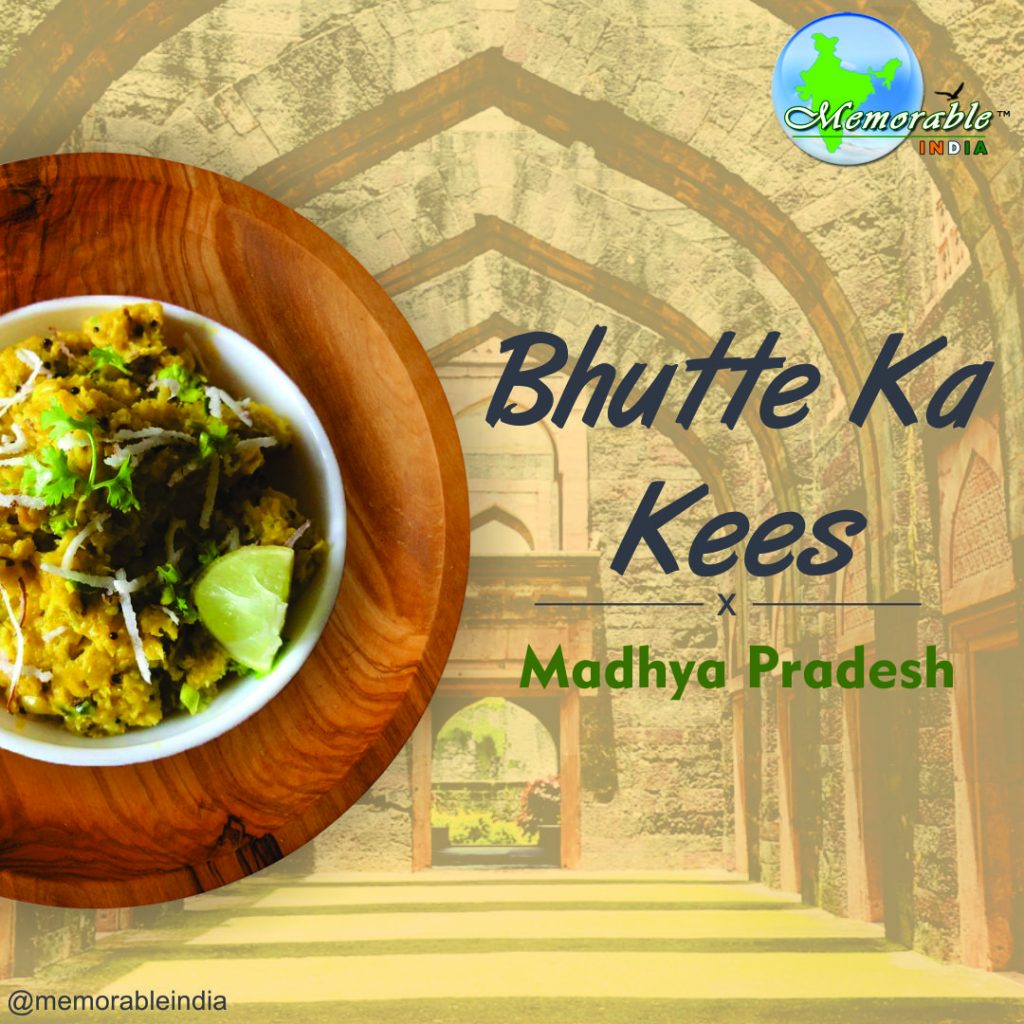 This popular street food from Madhya Pradesh is very mouth watering. First, corn is grated before it is cooked simply with spices and later on simmered with milk. This simple dish is very satisfying because it is wholesome in its entirety. 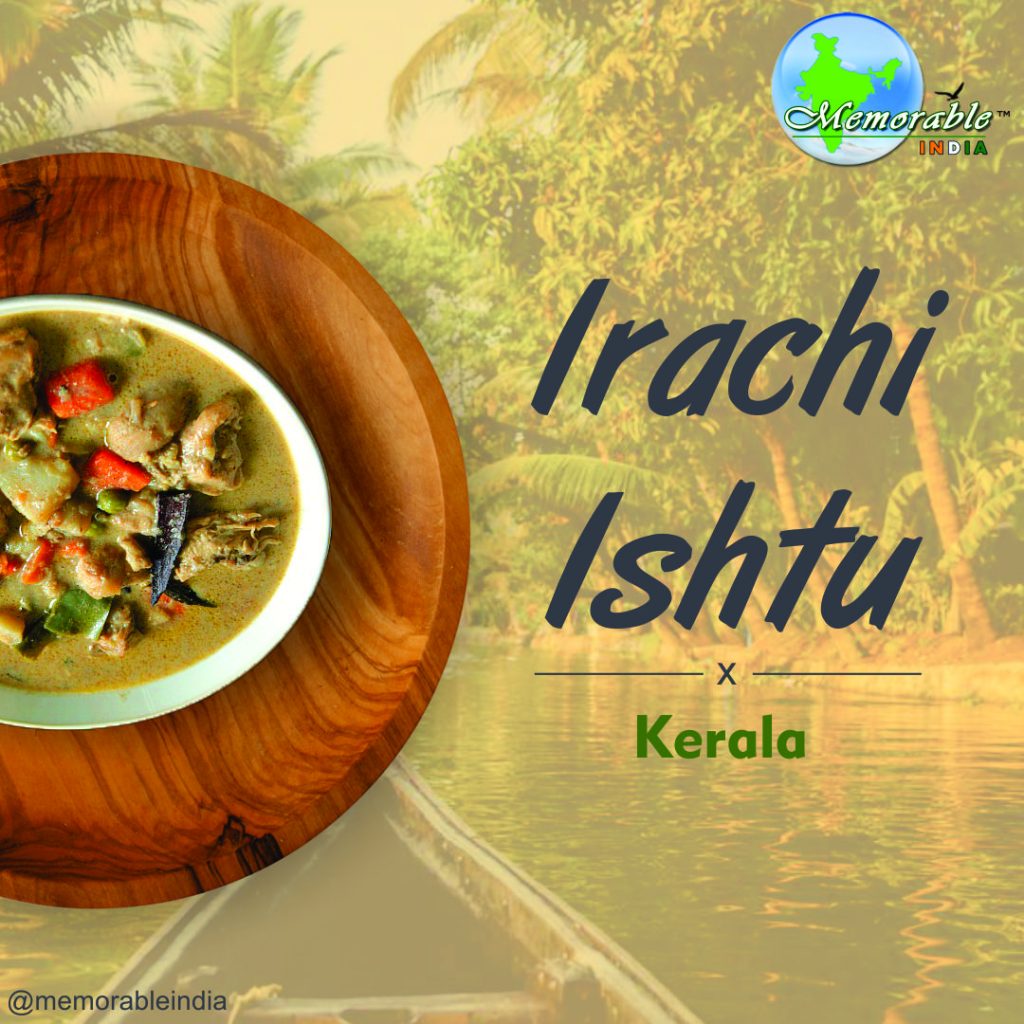 Apart from Kerala being a famous tourist destination, it is also well known for very delicious spicy dishes. While there are a number of spicy collections, Irachu Ishtu is a rare exception. This thin stew is made up of chicken, lamb or beef prepared with vegetables and coconut milk. It is a very delightful delicacy that is popular for its soothing taste as well as sweet flavors. It is best served with steaming rice or rice pancakes also known as appams. 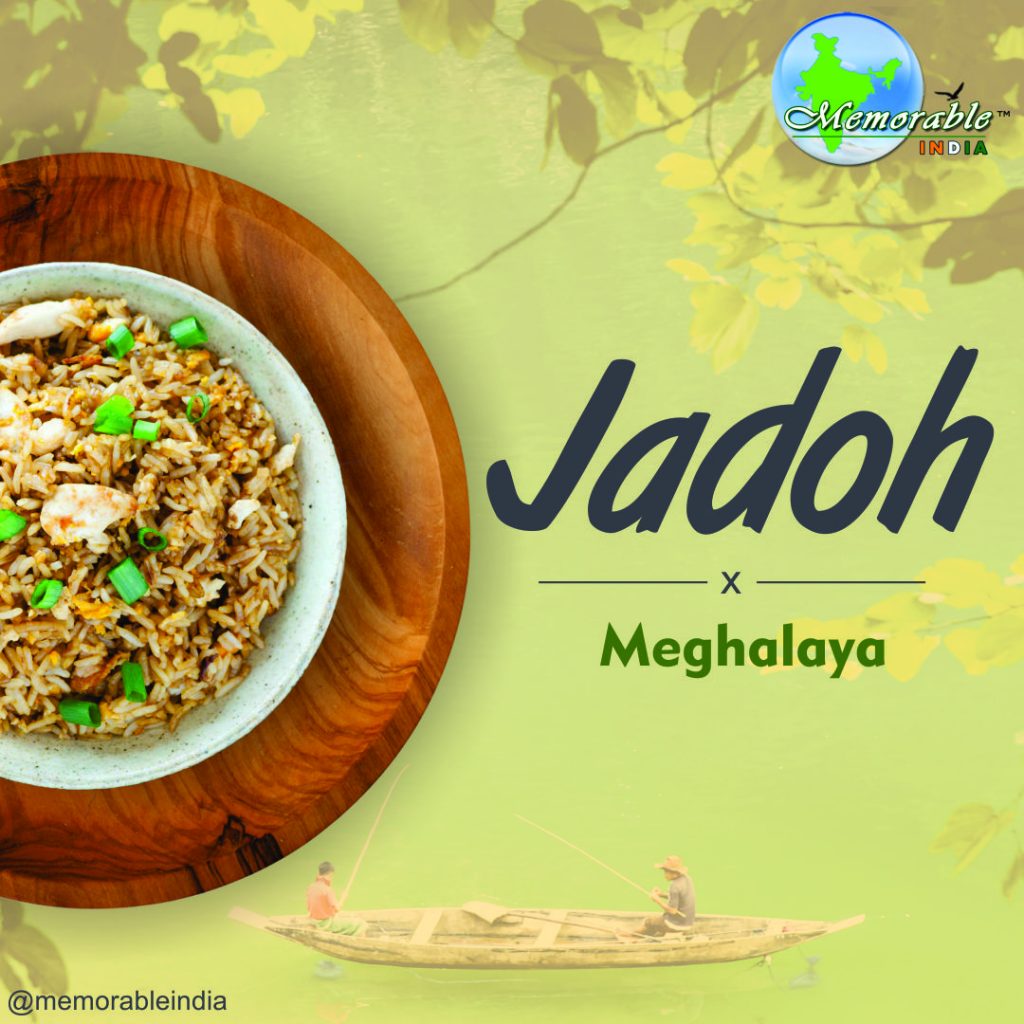 The north eastern Indian states boast of numerous delicacies. Jadoh is just but one among the many mouth watering dishes sought by visitors. This very simple dish is very popular among the Khasi tribes of Meghalaya. Jadoh is prepared using red rice and some slices of pork. Authentic versions contain pork blood and have sesame seeds added to it. Although only a few ingredients are used, the flavors are very inviting. 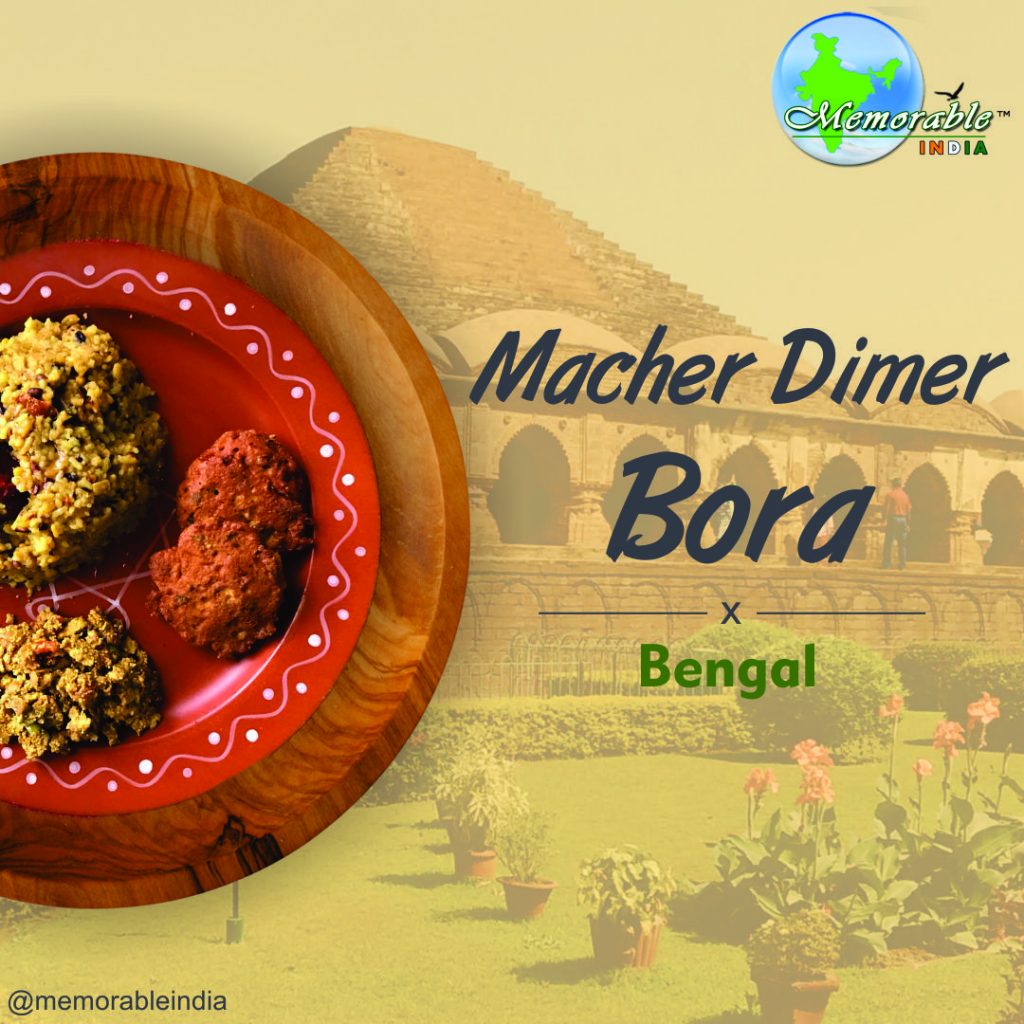 The Bengalis are known to be very much in love with fish. They are also a crazy lot about culinary traditions. Macher Dimer Bora is just one among the numerous delicacies they adore. They are fried fritters with fish eggs. The primary ingredient in this case is coated in spices together with chickpea flour in butter. This mouth watering delicacy is enjoyable during the monsoon which is also the breeding season for freshwater fish. This dish has a huge advantage over caviar because all the ingredients are natural, unprocessed and fairly priced. 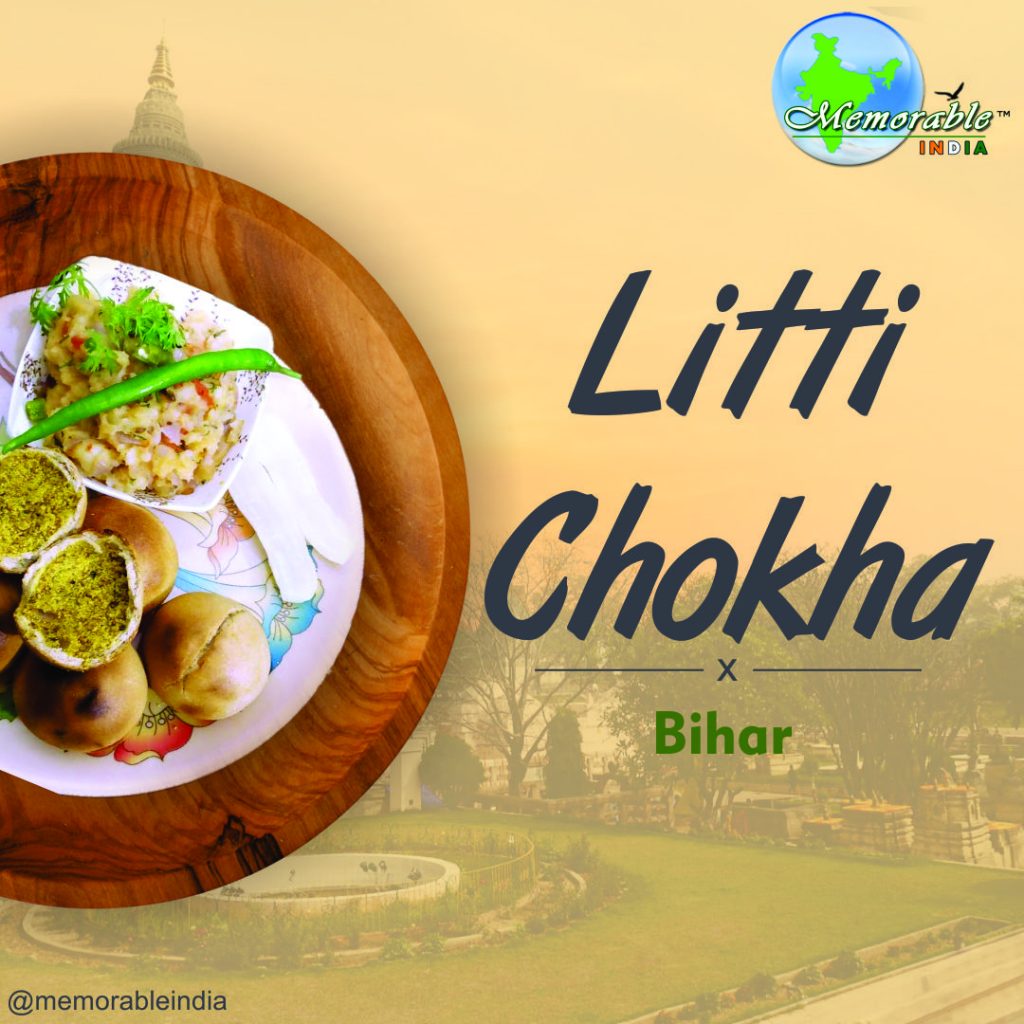 This famous dish originated from Bihar and has existed in the list of some of the most famous Indian dishes for years. Litti are tight sattu dumplings that were traditionally baked in clay ovens. Chokha on the other hand, is a fiery dip consisting of onions, spices and brinjal. The dumplings are made a little wet and edible using ghee. The clay oven gives the dish its distinct flavor. This dish lends the taste buds something rustic and raw that makes one long for more. 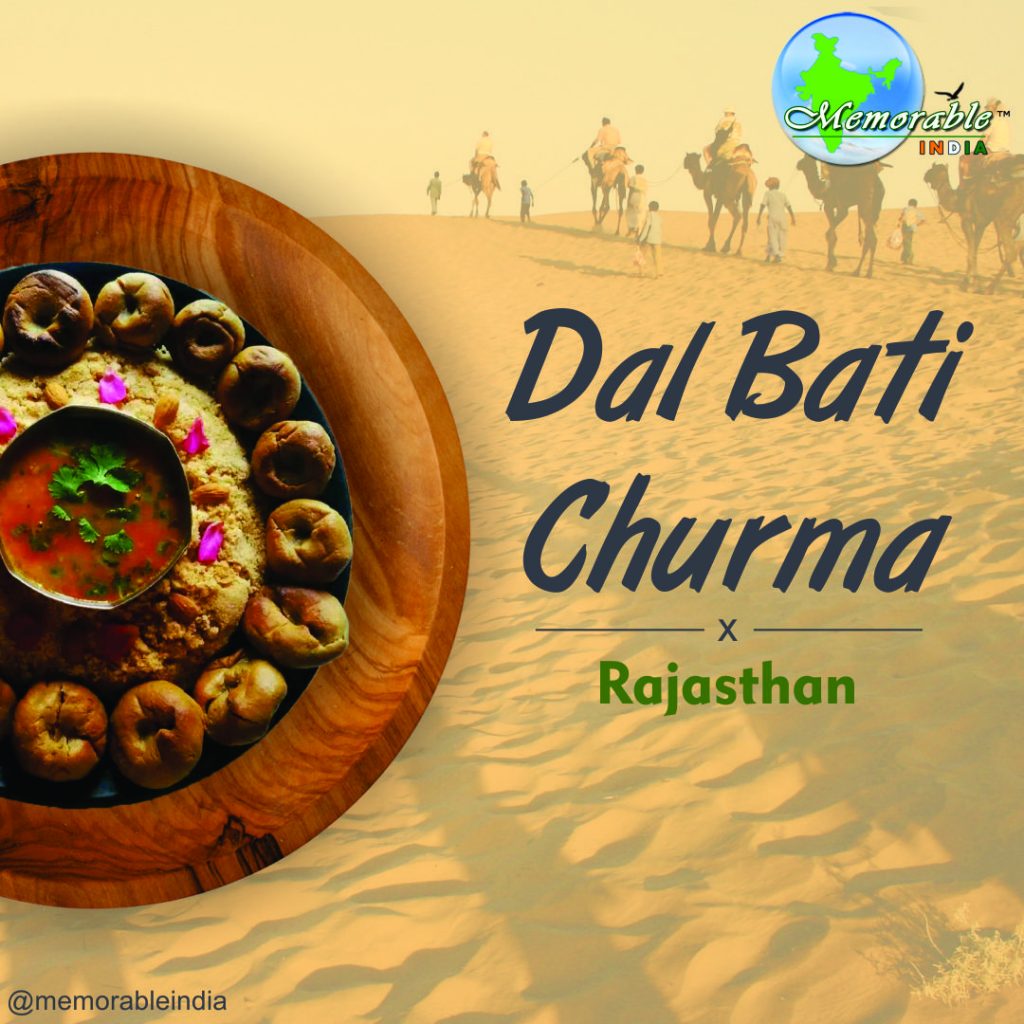 A Delicious Food Tour: The Iconic Street Food Of Pune 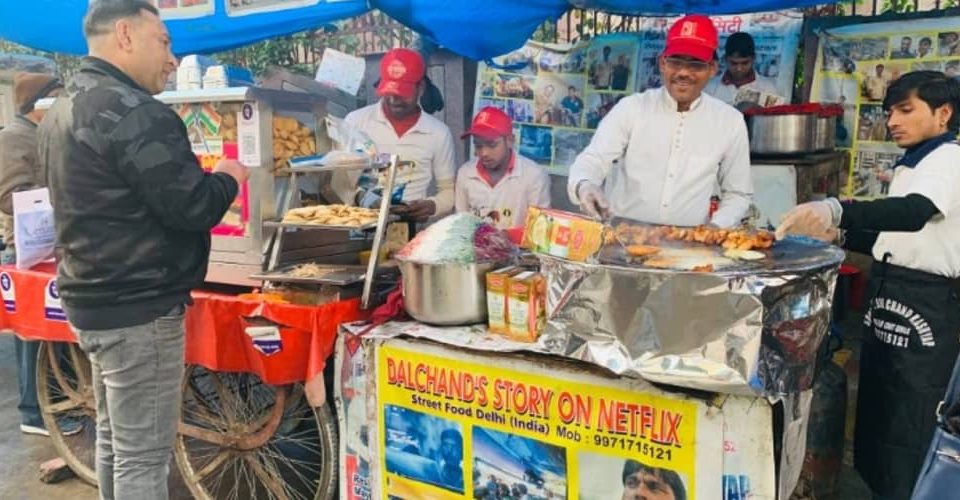 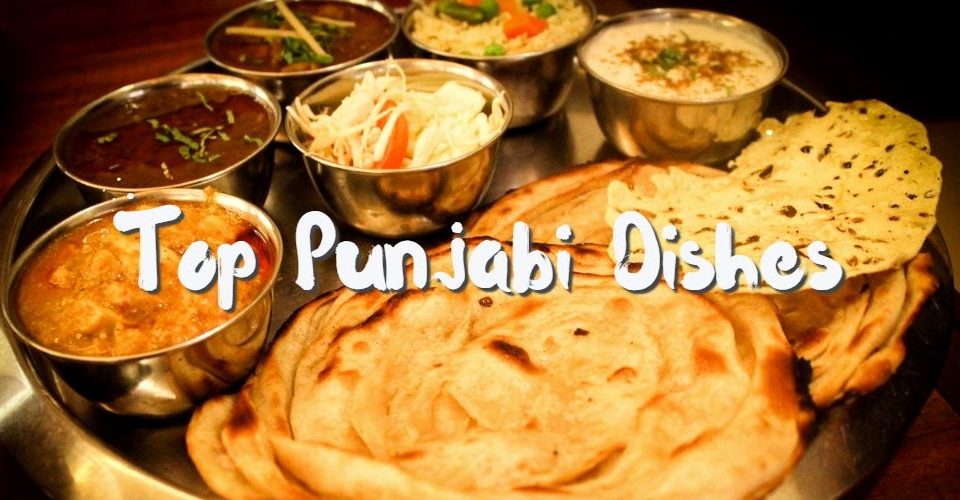 For The Love Of Food: The Best Food and Dishes of Punjab