The Most Magical Places In India 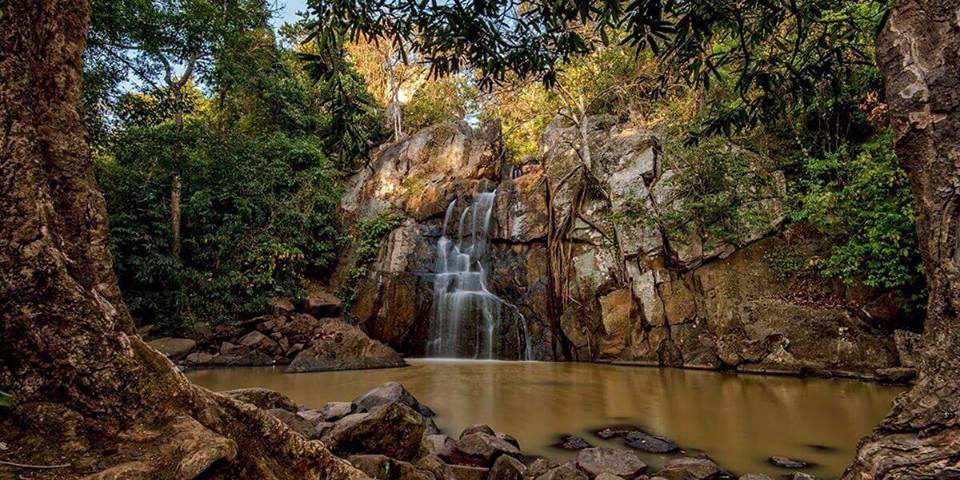 I have a panache for finding out the offbeat places in India and then exploring every nook and corner of this place. In my quest, I had explored and found several gems like Majuli, Yumthang Valley, Lonar Crater, and many others. While these places had a lasting impression on my life, nothing could prepare me for my next discovery.

I chanced upon a plan called Daringbadi when one of my closest friends mentioned it in one of his conversations. I had immediately googled it and then decided to go to Daringbadi.

Darindbadi is located in the hinterlands of Odisha and is in close proximity to Baliguda. It softens termed as the Kashmir of Odisha, and upon visiting I realised how true that name is, yet it is stark distinct from Kashmir.

I embarked upon my trip to Daringbadi on a Sunday morning, as I reached Bhubaneshwar- which was the first step to reach this unique place. After that from Bhubaneshwar, I travelled to Baliguda, and finally from Baligua to Daringbadi.

The route from Baliguda to Daingbadi is marked with some of the densest forests in Odisha, which makes this place so eerie. As I peeked out of my window, all I could think was how would it feel to get lost among the large pine trees. It would be a solace at first, and probably I will end up going mad later.

As I finally reached Daringbadi I immediately brushed off my weariness and hopped on to my adventure.

My first stop was the  Mdiubanda Waterfall. I had never heard of this waterfall at all, but some of the locals around me recommended it and I decided to head on to it. I hired a rickety auto rickshaw, whose driver told me that the waterfall is about 15 km away from the central point of Daringbadi. Not to be discouraged and embarked upon my quest. The route itself is so surreal, that for a moment I had forgotten what I was going to see, and was totally engrossed into the hilly areas and the cooling breeze.

The vehicle stopped after a point, and I was told that I had to walk from here. The walk was another exciting experience. The pathway is lined with colourful flowers and thick bushes. Sometimes the bushed grew on the road, and it was difficult to traverse at times.

When I finally reached, I was instantly captivated by the gushing beauty of the waterfall. It fell without any worry in the world, nestled within the dense green forests. Some villagers even came for a bath. I ended up spending more than an hour just gaping at this majestic waterfall and the tranquillity of the atmosphere around me.

On my way back from the Waterfall, I decided to stop at a coffee plantation to learn more about the livelihood of these villagers. The entire area was densely covered with tall Silver Oak and Acacia trees inter spread with dwarf coffees bushes and black pepper creeper. The creepers were clinging to the tall trees as they wrapped themselves around them. The whole area was exceedingly effervescent. The caretaker was extremely hospitable and told me so much about the way coffee and back pepper is harvested.

The name itself is exotic and gives out a romantic flare. Yet, this place can be enjoyed by everyone who happens to go to Lover’s Point. I reached at this picturesque place at 1 pm and was mesmerised by the beauty that lay ahead of me. Everything was pious and serene. There was a fast flowing stream, complemented by the barren hills that lay around us. I sat there looking at the stream as my consciousness flowed through my veins. I was in the lap of nature and a joyous ecstasy ran through me, as hundreds of birds flew over my head and into the horizon.

In my entire life till now I had never had the chance to see an emu. While I am not an animal or a bird lover, I still had always wanted to see this tall flightless bird once in my life. This desire of mine was met when I visited a little emu sanctuary in Daringbadi. The place was full of male and female emu birds who hopped around contentedly. They were in their own world, and I had an amazing time just observing their erratic movements and interacting with them excitedly.

Daringbadi is the kind of place that is way off someone’s radar. Yet, this is what makes this place even more heavenly. It is away from the erratic life of the cities and is living in its own zone. It is a kind of place that will always have something more to explore if you ever come back. My time in Daringbadi had come to an end this time around, but as I hopped on to my car to go back into more modern civilisation, I promised myself to come back and explore it even more.