The Viratnagar or Bairat is located near Jaipur in Rajasthan state. It was once the capital of the legendary Matsayadesh and has been refered in Mahabharata too. The natural caves and rock shelter surrounded by rolling hills form the major part of this city. Founded by King Virat, it has many important tourist destinations including Ashok Shilalekh, Beejak ki Pahari, Bhim ki Dungari, Ganesh Giri Temple and Museum, Jain Temples and Mughal Gate. 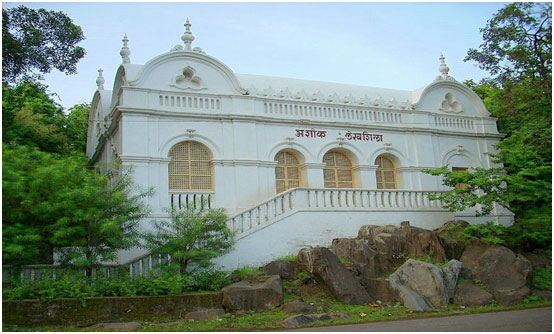 The Ashok Shilalekh is located on a foot hill and carries great historical significance. It has a rock inscription written during the reign of King Ashok. The rock inscription is about 100 meters from the main road. It is a major tourist spot in Viratnagar for its archaeological importance too.

This place also has inscriptions from Ashokan period and a beautiful Jain temple. Remnants of Buddhist monastery of 1st and 3rd century AD can be found in this wonderful site. It is believed that the monasteries were built by King Ashok during those times.

Also known as Pandu’s Hill, this place has a large cave and several other rooms. This place was supposed to be the abode of second Pandav Bhim and his brothers. A palace called Kichaks Palace is also situated in this area. It is believed that the king Virat had an important role in conducting the parleys at Viratnagar which eventually failed and led to the most destructive war of Mahabharata.

Viratnagar is bestowed with many Jain pilgrimage sites which are the beast tourist destinations in the city. The Parswanathji Temple is considered to be the largest and the most beautiful temple among other Jain Temples of Viratnagar. A statue of Lord Mahavir is located within the premises of Parswanathji Temple. The most interesting fact about the Jain Temples is that each of the temples is dedicated to a particular Jain Tirthankara.

The Ganesh Giri Temple is a scenic temple and the most visited place in Viratnagar. The museum houses about 170 articles of archaeological importance.

It is a historical monument housing a number of beautiful wall paintings. It is also considered to be the small replica of Taj Mahal. A path has been constructed recently leading to the building from the main gate. Open for public view at all times, it is an important tourist site in Viratnagar.

A Bustling Delhi Market Tour: The Most Colourful And Fascinating Markets In Delhi