The Bharatpur city is a very popular tourist destination in Rajasthan. Every visitor holds a special pleasure by visiting this city. Situated 184 kms away from Delhi, this beautiful city has a great history of Jat family. It is best known for the famous bird sanctuary, Keoladeo Ghana National Park, for which it was brought under UNESCO world heritage list in the year 1985. The tourist attraction in this city includes Keoladeo National Park, Deeg Fort, Laxman Mandir, Ganga Mandir, Lohagarh Fort. 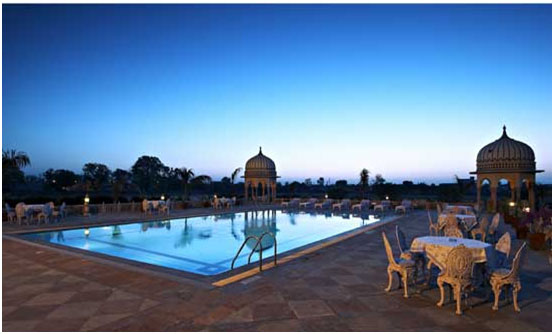 This National Park is spread over an area of 29 square km housing 350 species of birds and 35 species of butterflies. Storks, spoon bills, white ibis, herons, ducks, cranes, flamingos, eagles, kingfishers, and vultures are some of the important bird species found in this sanctuary. Some of the important animal species found here includes flying fox, porcupine, sambar, mongoose, red faced monkeys, hyena, and jackal. Different species of birds from Europe and Central Asia come to this sanctuary during breeding season.

The Laxman Mandir is dedicated to Laxman, brother of Lord Rama. The temple has large pillars, arches and doorways. The walls of the temple are carved with stone work which looks very elegant and beautiful. 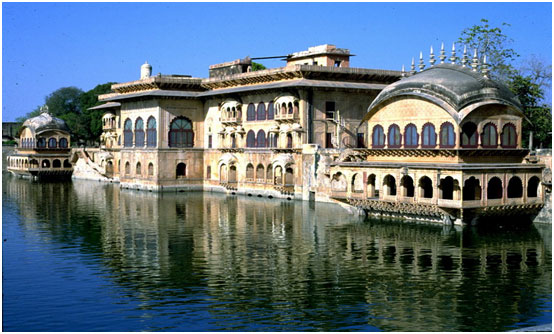 The Deeg fort was built by Maharaja Suraj Mal in 1730 AD. It was served as the capital of Jat rulers in the 18th century. Situated in the Deeg town, the fort has 10 gateways and 72 bastions. There are 12 towers located inside the fort including Lakha Burj being the largest one. The fort is surrounded by a number of stunning palaces including Suraj Bhavan, Gopal Bhavan, Nand Bhavan, Kisan Bhavan, Purana Mahal and Sheesh Mahal. These palaces are collectively known as Deeg palace which is also a popular tourist spot in the Bharatpur city.

The temple was constructed by Maharaja Balwant Singh in the year 1845. It is carved with colorful intricate carvings which attracts many tourists to visit this place. It is believed that every person in the state service donated a month’s salary for the construction of this temple.

This fort is also known as the Iron Fort. This fort is very different from other forts of the city in terms of charm and flamboyance as it depicts strength and aura rather than beauty and elegance. Some magnificent monuments of this fort include Mahal Khas, Kothi Khas, Kishori Mahal and Moti Mahal. Jawahar Burj and Fateh Burj are the two towers situated inside the fort.

The Bharatpur city is a very popular tourist destination in Rajasthan. Every visitor holds a special pleasure by visiting this city. Situated 184 kms away from […]
Do you like it?0
Read more