There is no greater joy than trekking through the mystical abodes of various peaks that take you through some of the most enchanting and alluring pathways.

The Kinnaur(Kinner) Kailash Trek is one of those treks, that not only gets your adrenaline rushing but also changes you into a whole different human being. This spiritual trek takes you to the magical abode of Lord Shiva. Throughout the trek, you will feel a different kind of energy touching your soul and motivating you.

I had the pleasure of embarking on this trek and view the huge 79-foot vertical rock, which is said to be The Shiva Lingam. This enchanting rock takes on different magical colours throughout the day, and no other site has filled me with as much devotion as this beautiful Shiva Lingam.

Many Hindu pilgrims take a different route to reach this place, and I had a pleasure walking alongside them. The energy and devotion of the pilgrims made my journey ever so beautiful.

This lovely place is situated at Indo- Tibet border and was still 1993, restricted for Indian nationals. Even today it offers limited entry to foreign nationals. Tourists from foreign countries will have to first register themselves with the Inner Line Permit.

This lovely trek is absolutely magical, as you find yourself surrounded by different mountains and glorious valleys.

My trek started at Tangling. I hadn’t pre-planned this trip. The trip came naturally to me, while I was sitting in Manali, trying to find out more and more things to do.

Tangling is about 7500 ft above sea level and some people might experience breathing troubles owing to the higher altitude.

Tangling is a little village located near the gushing waters of River Sutlej. The moment I entered the town I was captivated by the natural beauty that lay in front of me. Small streams ran all along with the lovely green patches of land. All these streams flow directly from the Kinnaur Kailash range. The water is surprisingly clean and pristine, and I even decided to splash it on my face. The calling water refreshed me enough to start with my trek.

After some brisk walking, I decided to take a break and stopped at a huge rock. The rock is cemented at the Deodar Forest Range and has now become a relaxation place for the trekkers and pilgrims.

After filling my water bottles and catching my breath, I decided to resume my journey. As I walked, I noticed that the high trees of the forests were fading into oblivion, and in front of me lay vast meadows totally covered by a green carpet of grass. Wherever I looked, there was greenery all around, and the fields stretched into the horizon.

The next stretch of the trek takes one to the famous Ashiqui Park. The name of the park has a little myth behind it. It is said, that this was the place where Lord Shiva and Goddess Parvati met- because of which the park is named the Aashiqui Park (Love Park).

This lovely garden is actually a vast cover of green grass and is a popular place to take the night off and camp. Most trekkers set up their own trek here, before starting off early next morning. This area is also amazing to view the beautiful Kailash mountain range. The view is splendid and I was left gaping as I watched the lovely yet intimidating snowy peaks. The beauty of these peaks is especially elegant and gorgeous during the night. The moonlight with its full glory falls on the snowy peaks, and the whole mountain range seems to glow.

We and the other trekker woke up early in the morning. It is mandatory to start the trek early since one has to come back to this place after the ascent is over.

Till this place, the trek is on relatively easier grounds, but after crossing the Aashiqui Park, the next 7 km has a steep ascent, and I had to clutch with all my arms and legs to make it to the Kinnaur Dwaar or the Kinnaur Door. It is said that this place is one of the doorways to the Kinnaur Kailash Mountains.

The total distance between the Park and the peak of the Kinnaur Kailash is about 10 km, but it takes about 8 hours to trek, owing to the rough and slippery terrain.

There are several water bodies and streams that run along the route which makes the path even more gorgeous. The streams are pretty easy to cross, but as the sun starts to set the water levels tend to increase. This makes it very difficult to cross these streams. Thus, it is best that one starts off early, to avoid such hurdles.

My next stop was at the Bheem Dwar, which is at a staggering height of 12,400 ft above sea level. The Bheem Dwaar is essentially a cave, and also a unique campsite. The whole experience of being near a cave while camping is fascinating, but this time around I didn’t have time to do that.

After once again refilling my water bottle from a nearby stream, I continued onto my path and reached the Parvati Kund. Parvati Kund is a glacial lake, and I saw most of the pilgrims stopping here to seek the blessings of The Goddess. The lake itself is surrounded by white snow, which is interrupted in between brown coloured rocks and boulders.

From here, the wonderful Kinnaur Kailash is about 4 km from the Parvati Kund, but the last 3 km is a vertical ascent. This stretch is steep and it took me a considerable time to reach the top. At some points, I felt my legs giving up, but the sheer determination of reaching and feeling the devotion of the Shiva Lingam kept me motivated.

When I finally reached there, I remember holding my breath as I stared at the wonderful rock that was in front of me. I never thought a high piece of rock could fill me with so much love and devotion, yet it did. The whole surrounding was marvellous and I could only stop and stare trying to capture everything in my mind. The place is absolutely surreal and the whole atmosphere reverberates with a beautiful essence of spirituality.

I saw a lot of pilgrims, clad in their saffron-coloured clothes offering prayers to the Shiva Lingam. The devotion that each of these pilgrims had was contagious. Even I ended up bowing my head to pay respect.

After spending a lot of time at the top, I decided to start my descent and go to Aashiqui Park. I had decided to camp at the Park for the night and then finish my journey at Tangling the next day.

Hindu Mythology has a lot of stories that revolve around this sacred and holy place. According to the myths, the Himalayas are seen as the holy abode of Lord Shiva and Goddess Parvati. A lot of please round this area has been named after the Lord and the Goddess. There is a stunning pond near this peak, which is called the Parvati Kund. The locals strongly believe that Goddess Parvati has created this pond. Another popular legend suggests that Lord Shiva had called a meeting for all Goddesses and gods at the Kinnaur Kailash peak. This meeting was called during the winter season. To mark this occasion, since then, pilgrims trek every year during the winter months. 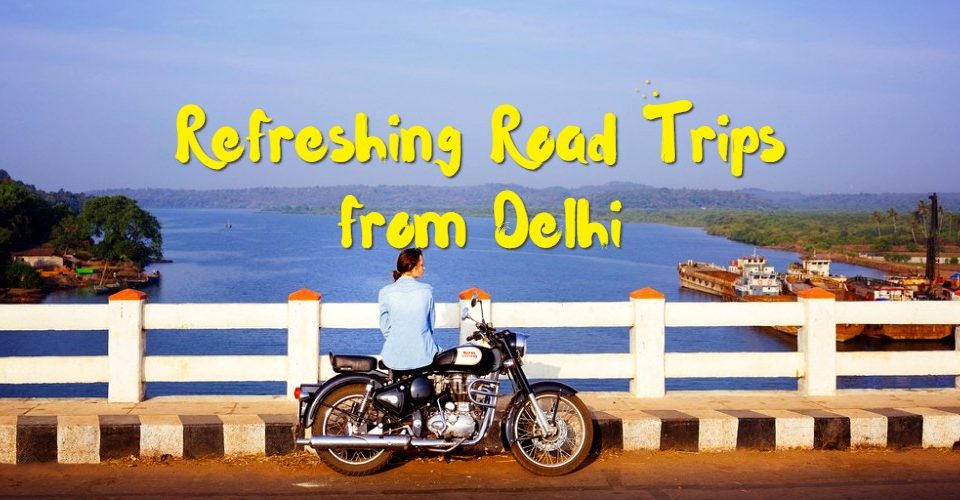 The Most Refreshing Road Trips That You Must Take From Delhi 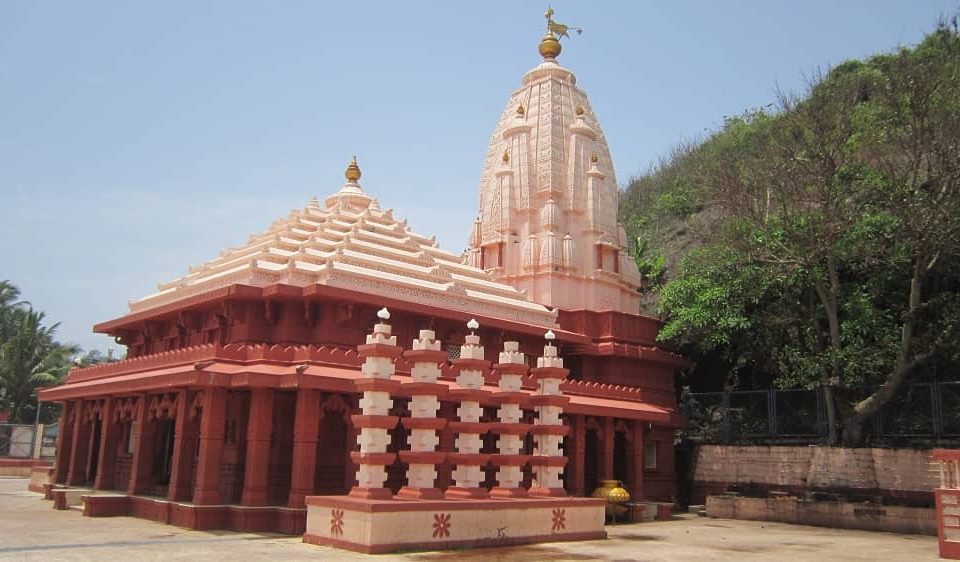 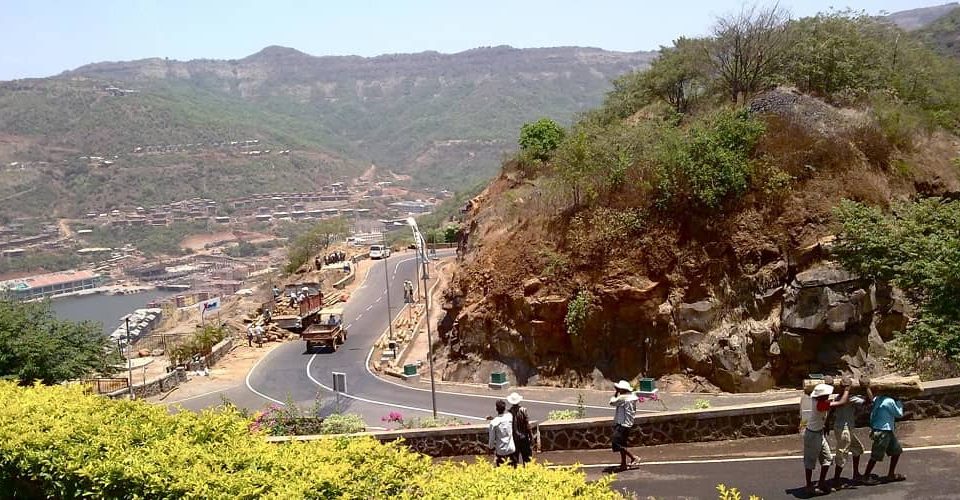