Fairs and Festivals in September in India 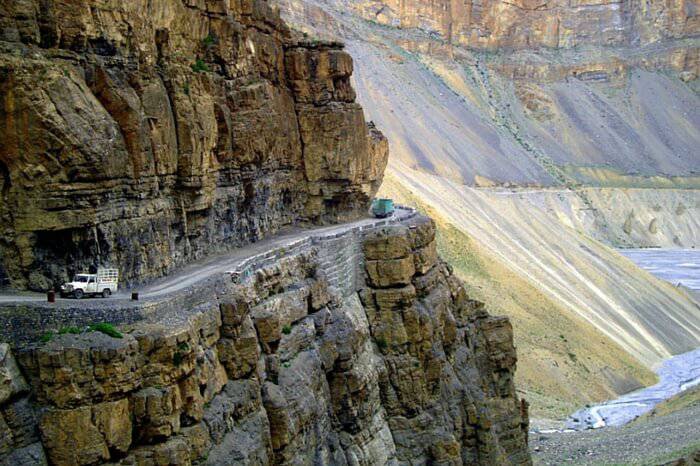 It is not often that people get to go on exotic and unique, yet dangerous treks like the famous Snow Leopard Trek. I was introduced to the brilliant elegance of the snow leopards when I first saw Sean Penn taking out his camera in the Secret Life Of Walter Mitty, to capture this magnificent beast. What followed was a quick glance at the animal, as Sean Penn realises that some moments are best left captured only by one’s eyes.

Since then, I too was engulfed and obsessed by the idea of wanting to trek up and view the resplendent beast. So, when my friends came up with the famous Snow Leopard Trek, right here in India, I instantly jumped to the opportunity.

This famous trek is definitely not easy, and the rough terrain coupled with the extremely cold climate makes it all the worse for the trekkers. The trek takes you through the wondrous Spiti Valley, which is a white winter wonderland. I had been to the valley before, but this was the first time that I was attempting to undertake the Snow Leopard Trek.

We started off early from Chandigarh, on a cold chilly day. The fog was just descending upon us, as we hopped into our cars and left for Narkhanda.

Narkhanda was supposed to be our first stop so that we could get adjusted to the gradually increasing altitudes.

The picturesque town of Narkanda is located at 8884 ft above sea level, and we reached here early evening.

This is where we experienced the cold for the first time, as it started snowing. The entire area was covered with snow, as the little snowflakes fell from the skies, and made the whole place look like a paradise.

The next day we were supposed to roll out to Kaza, which was going to be our next stop. It is imperative to start from here as early as 3 am since the road is very prone to landslides and the roads are extremely slippery.

As we had some basic food, we slowly made our way into cars and started off by 3 am.

The entire area was pitch dark, and everything was silent. It was as if not a single soul inhabited the place, except the roaring of our car.

The road is pretty narrow, as we passed through gigantic mountains, that intimidated at life out of me. The entire landscape is dry and barren, and it has its own rustic charm.

We were just pulling up to Spillow when the sun started peering out of the tall mountain peaks. The first rays of the sun fell on my cheeks, almost as gently as the touch of a mother. The entire road was soon illuminated with the radiated glow of the sun.

After passing Spillow, the road suddenly starts going uphill, and one can fill the rise of altitude very sharply. At one point I felt pressure on my eardrums as well. But, the icy landscapes and the frozen glaciers will fill you with pleasure and serenity.

After Spillow, we reached Tabo, which is one of the famous towns in the Spiti Valley. Tabo also has a wonderful monastery that tourists should visit. From here, the entire stretch till Kaza was filled with ice and snow.

After having some hot lunch at Tabo, we resumed our journey. I was mesmerised by the white snow that marked the entire journey. It was so cleaned pristine. It was majestic, as we crossed through the white blanket of snow and finally reached Kaza.

Kaza is situated at a staggering 11975ft above sea level, and it is from here the one can start to experience some kind of nausea and dizziness to the altitude. It is almost normal to have breathing issues since one isn’t yet acclimatised to the altitude.

We had got enough medicines to counter this problem, and soon enough we were feeling fine. It is important that one goes for walks to get used to such high altitude areas. This is the only way to get used to the height.

When we woke up the next morning, the snow had almost blocked our entrance. After shovelling it away and anything that was hot enough to counter the freezing cold, we started off to Kibber.

Kibber was the base, from where we had to hike to see the majestic snow leopard.

On the way to Kibber, we found a small little Monastery called the Kye Monastery. The curiosity to know more about the locals got the better of us, and we headed inside the monastery.

We reached Kibber shortly after enjoying some amazing views of the sun painting the mountains in god colour from the monastery.

Kibber is a small town and is also the base from where people trek up to the spot to see the elusive beast.

We started preparing for the hike since we knew it would be extremely cold and difficult.

Next morning we were blessed with some great weather and clear skies. Taking it as a good omen, we first decided to go for some easier treks before tackling the mother of all adventures.

The whole town was covered in a thick white blanket of snow, which made everything pristine and so serene.

We decided to climb down and try and spot some different kinds of Himalayan animals. While the route was relatively easy, it was made really difficult by the onslaught of snowfall that marred our way. One of my friends even fell down but recovered quite quickly. Eventually, after stumbling, tumbling and falling, we managed to spot some a pair of red foxes, a Lammergeier and Ibex.

We were satisfied with today’s find and decided to head back.

In the evening, we decided to head out and go out on a trail under the starry skies. While it is pretty difficult to navigate and find your way through a trail that is only lit by the stars in the sky, still we were too excited to just let it go.

As we started off, we were pleasantly surprised by the beautiful scenery that awaited us. The entire show and the snow-capped mountains were glowing, as the light from the millions of stars were falling onto the carpet of snow. It was so magical, I felt like a Disney princess, as I stood there under the glittering sky, wondering how beautiful the night sky is.

The next morning, all of us woke up determined to spot the snow leopard. Our guide had gone early morning to gather any kind of news or information about the elusive beast, but he could only tell us that the leopard was hopefully up there somewhere.

Without any guarantee, we started off without a hike. The hike was insanely difficult. I had to crawl and grip with all my life to reach the spot, from where the creature is usually sighted.

As I finally reached the top, I noticed it is filled with rocks and a large gorge. It is said that the big cat comes around the rocks in the gorge. We were attentive staring at that area as if we were shooting lasers from our eyes. As we waited with bated breath, we prayed that we see the elusive cat today.

Suddenly, I saw a wonderfully graceful white tail disappearing behind the big boulder. And there it was, in all its beauty, a majestic, gorgeously white snow leopard, that was peering right into my soul. It moved with such grace as if aware of the kind of climate and terrain we had to endure to see this beast.

I was so absolutely enchanted with the beast, that I even forgot to take out my camera and etch it into a piece of paper forever. Yet, the voice of Sean Penn echoed in my mind- The eyes are the best camera. I tried to get as much as I could with my eyes, and have now firmly hung a picture of that scene in my mind.

All of us stayed there till the sunset, as if hoping the ghostly big cat will once again show us its face, but we were not in such luck.

We decided to head back to our camp and departed the next morning. Throughout our way back, we hardly talked, as if all of us were reminiscing the sheer beauty and grace that unfolded upon as like a wizard and disappeared without a sign.