Away From the Hustle Bustle of Delhi: The Best Places To Visit Near Delhi 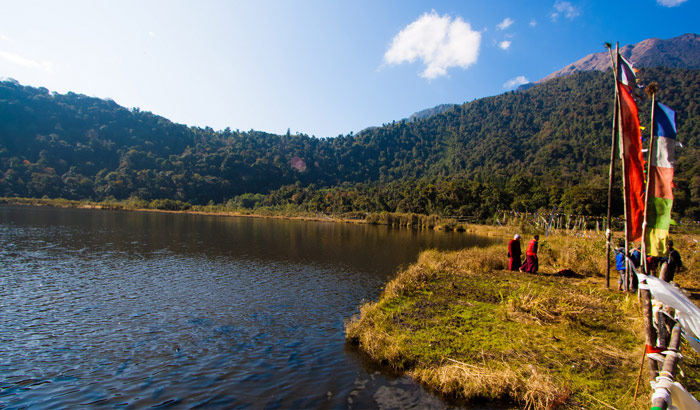 The wonderful green overarching hills radiate the sunlight that falls on them softly. The pristine glistening greyish coloured lake reflects the cloudy skies above it. The little drizzle of rain falls perfectly on the cheeks as I stare at the wondrous lake that is in front of me.

Sikkim is a beautiful state located in the North East of India. It is defined by the iconic Kanchenjunga Mountains that add to the allure and beauty of this state. From pristine beauty to captivating mountain trails, Sikkim is a paradise for travellers and backpackers, who are looking to explore the beauties of nature.

I have been to Sikkim several times, but each time I realise that there is something unexplored and new. This time around too, I made up my mind to find a hidden gem that Sikkim has. My quest led me to find the magnificent yet relatively unexplored Khecheopalri Lake – in West Sikkim.

West Sikkim has situated about 31 km from Pelling. While I had explored Pelling almost wholly, West Sikkim was uncharted territory for me. The Khecheopalri Lake is said to be holy and sacred for Buddhists and Hindus. It attracts a lot of pilgrims, who believe that this lake is instrumental in fulfilling their wishes.

The name Khecheopalri means ‘heaven of Padmasambhava’, named after an 8th Century Buddhist Master. The holy and sacred nature of the lake is even mentioned in Buddhist and Hindu mythologies. Legends and the locals believe that Lord Shiva himself mediated in the caves above the lake. From an aerial point of view, the lake is in the shape of a foot. The Hindus strongly believe that this footprint was made by Lord Shiva, whereas the Buddhists believe that this is the footprint of goddess Tara.

The moment I reached there, I was taken aback by the mystical beauty that emanated from this lake. While I was aware that there are many myths and lore that surround this lake, I was still captivated by the charm and the mystic of the lake.

It is said that birds that fly around picking up any dirt that falls on the surface of the water, to ensure that the water is sparkling clean. While I am not the one to believe in all these things, I was still truly shocked to see that not even a single leaf was floating on the surface. The water was too clean for my eyes to apprehend it.

The entire walk to the lake itself is very beautiful, with a lovely Buddhist shrine and Stupa that adorns the entrance of the lake. The ambience is beautiful with prayer flags, and I felt a divine serenity come over me as I walked towards the lake.

There is a wooden boardwalk that leads up to the lake, and it is mandatory for visitors to take off their shoes before stepping foot on that platform. The whole boardwalk is dotted with colourful prayer flags that give a wonderful life to the boardwalk.

As I finally reached this picturesque lake, I was mesmerising by the beauty that surrounds Khecheopalri Lake. Everywhere there is greenery, the lovely aromatic sandalwood smell from the incense sticks engulfs the whole region.

After visiting these enchanting lake, I decided to explore the Khecheopalri Village. Nestles in the midst of dense and green forests, with hilly slopes all around the place, the beautiful village is famously called the Monastery Village. This lovely little village gives some amazing and gorgeous views of the enigmatic Kanchenjunga Mountains.

As I started with my exploration, I felt as if the entire town belonged to a different era. An era that has been long gone. Little houses and even little population gives it a different kind of charm that cannot be put into words. There is so much to learn about this place. I had some lovely conversations with the ever friendly locals about their ancient culture and traditions.

This village is great for people who are looking to hide away from the stress of the concrete jungles that they are from. It is a great place to relax and rejuvenate your body, as you gaze at the formidable mountains and the wonderful lakes.

Khecheopalri Lake isn’t the only thing that is mesmerising and magnetic in this region. The gushing Kanchenjunga Falls, which is a mere 16 km from Khecheopalri Lake, has its own charm. The beautiful waterfall can be found on the way to the town of Yuksom.

This majestic waterfall is a major tourist attraction in West Sikkim. I was mystified to see the ferocious yet serene waterfall, as it fell from the high rocks, and eventually forming a pool at the bottom. The scene was picture perfect. I followed it up by savouring a traditional Sikkim meal at one of the several restaurants that mark this region.

The region of Sikkim still doesn’t have any airports or railways. My journey to Khecheopalri Lake thus started via Pelling, which is the nearest city. Pelling is well connected with Gangtok, which is also the capital city. From Pelling, I had to take a private jeep (shared cabs are also available) to reach Khecheopalri Lake. 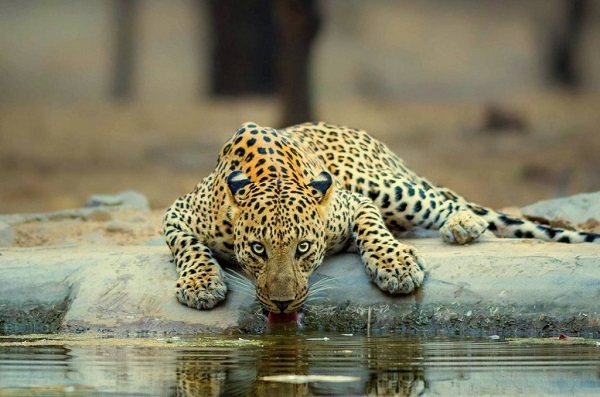 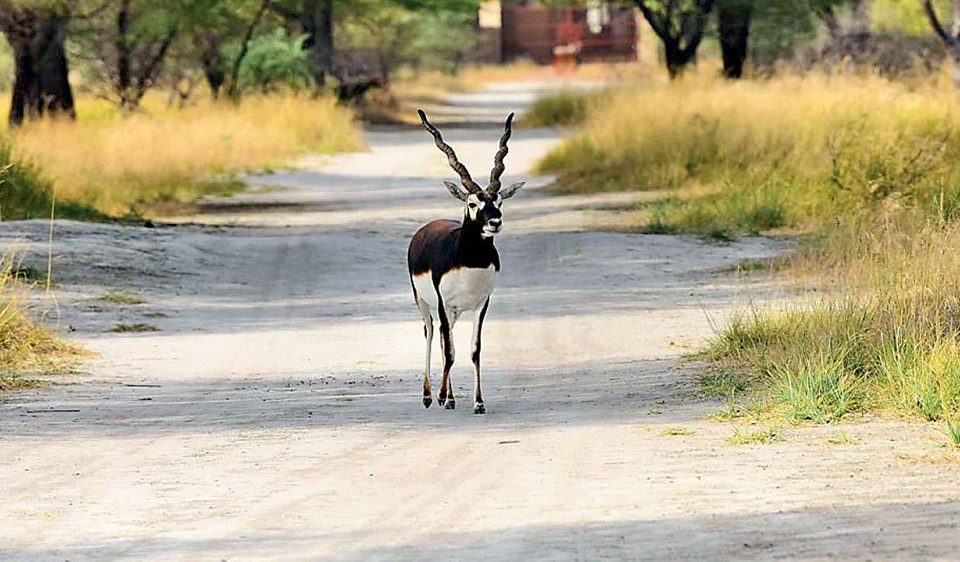 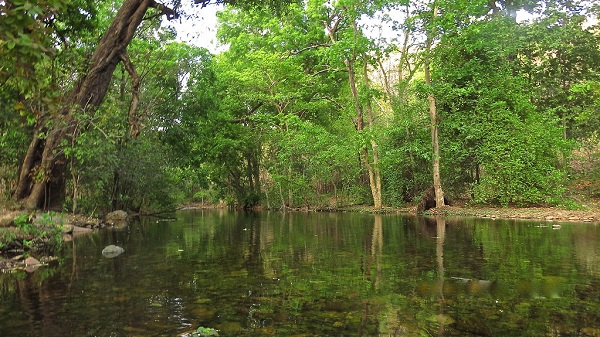