The Regal state of Rajasthan is one of the biggest tourist attractions in India. The abode of the traditional royalty of India, Rajasthan is blessed with numerous forts and fortresses. In the middle of deserts, on hill tops or in the middle of lakes, these forts and palaces are built almost everywhere in Rajasthan. These forts are the reflection of rich cultural heritage, art and architecture of India. The charm of these beautiful forts attracts thousands of tourists from around the world every year. Quiet a number of these forts have now been transformed into luxurious heritage hotels. 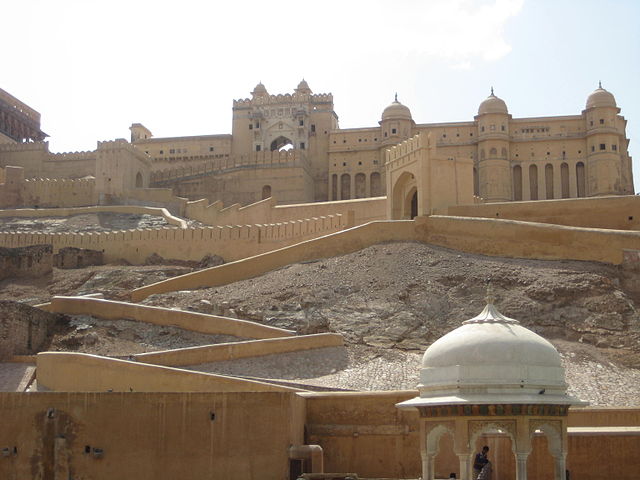 The mesmerizing Amber fort was built by Raja Man singh in the sixteenth century. Artistically built this fort, is a reflection of both Rajput and Mughal architecture. Mainly built with white marble and red sandstone the Amber fort is simply a treat for your eyes. The interior of the fort is decorated with beautiful paintings, intricate carvings, mirror settings and precious stones. The exterior of the fort is strongly built and was used for defense purposes by the kings. You can also come across beautiful halls, gardens, palaces and temples inside the fort. The marvelous Amber fort is an epitome of splendor and grandeur.

Popularly known as the fort of victory, the Jaigarh fort is built on a hill top, overlooking the city of Jaipur. One of the most spectacular buildings in India, the Jaigarh fort has an architectural style resembling a citadel. This fort provides you the best view of the Aravalli hills. The fort has a tall tower, numerous temples, a granary, gardens and temples. The jaivan which is one of the biggest Canons in the world is housed inside the Jaigarh fort. The fort has three large underwater tanks which help in rainwater harvesting. It is also believed that the jaigarh fort is connected to the Amber fort through a secret passage. It is also believed that the kings also used this fort as a treasury. This amazingly beautiful fort built by Raja Sawai Jai Singh has been well preserved till date.

Built by Rao Jodha in 1949, the Mehrangarh fort is one of the largest citadels in India. Earlier known as the Chintamani fort, the Mehrangarh fort is built on a 150 m high steep hill overlooking the magnificent city of Jodhpur. The walls of the forts a embellished with beautiful carvings, paintings and mirror works. The phool Mahal, Sileh Khana, Daulat Khana, Sheesh Mahal and the Moti Mahal are some of the most charming palaces that would simply delight the tourists. There is also a museum inside the fort with miniature paintings, musical instruments, royal cradles and palanquins. With its excellent architectural work the Mehrangarh fort is simply a delight for the tourist. 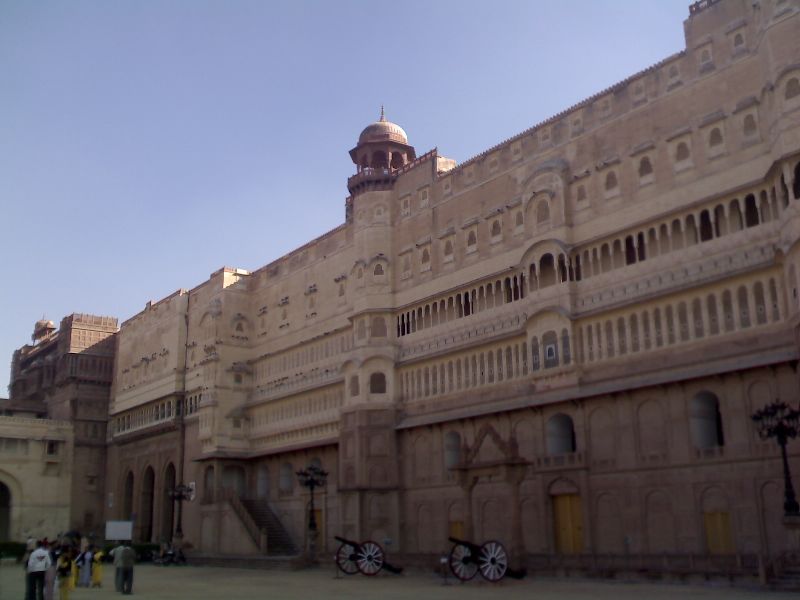 Surrounded by deep moats and high walls, the Junagarh fort of Bikaner is one of the very few forts in Rajasthan that was not built on a hill top. It is famous for being an unconquered fort of Rajasthan. The Suraj pol and Karan Pol are the two main entrances of the fort. The interior of the fort encompasses several palaces, temples, pavilions, phool mahal, anoop Mahal, Ganga Niwas, Rang mahal and Moon Palace. The fort also has a museum inside it which has, illuminated manuscripts, carpets, treatise, jewels and royal farmans (declarations). This fort built with marbles and red sandstone is a must visit for the tourists.

Named after Chittrangad Maurya, the Chittorgarh has an extremely tragic history. It has witnessed Jauhar and bloody sieges many a times in the past. The Ram pol and Suraj pol are the main entrances of fort which has seven other gates or entrances. The nine floored structure is decorated by beautiful sculptures of Hindu gods and goddesses. The fort houses different places like the Ratan singh palace, Rana Kumbha palace, Fateh Prakash palace and Rani Padmini Palace.

Located in the centre of Rajasthan the Taragarh fort is known as one of the oldest hill forts in the world. The thick walled fort has six gateways and houses a massive canon called Bhim burj. During wars the people of the city were shifted to this fort for safety. There is a huge reservoir inside the fort which used to store water. This is one of the biggest forts of historical significance in Rajasthan. 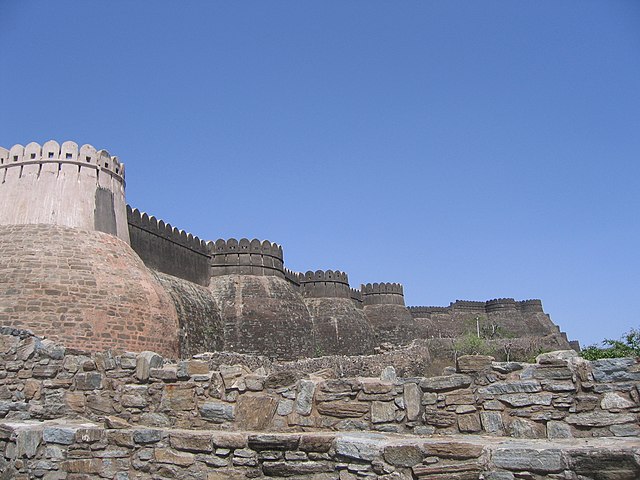 Kumbhalgarh fort is considered to be the second most important fort of the State of Rajasthan after Chittorgarh. The fort has extremely strong and thick walls, which served as great protection during the times of war. Due to its difficult topography, with thick jungles and deep ravines, the fort was considered as invincible. The fort encompasses a large number of gardens, temples and palaces. The badal Mahal and the cloud palace are some of the biggest tourist attractions. You can enjoy a panoramic view of the city from this palace. A witness of many historical battles the Kumbhalgarh fort is a great tourist attraction.

The Jaisalmer fort is considered as the second oldest fort in Rajasthan. More than 800 years old, the royal fort of Jaisalmer is built on Trikuta hills. The fort is surrounded by 99 turrets and fortification walls. The fort encompasses a small lake and royal living area. The hawa Pol, Bhoot Pol, Suraj Pol and Ganesh Pol are its four entrances.

The Nahargarh fort, which literally means the abode of tigers, was built by Sawai Raja Jai singh in the year 1734. This was one of the very first forts built by the rulers of jaipur. You can get a lovely view of the city below and the Man Sagar Lake from this fort. This fort was also used as a treasury for many years.

Built by Maharaja Roop singh in the year 1969, the Kishangarh fort is an excellent piece of Mughal architecture. The fort houses several jails, granaries, battlements foundries and armories. The walls of the fort are adorned with beautiful and timeless paintings and carvings. The beautiful courtyard and amazingly attractive fountains make this fort a tourists delight.

There are many other forts and palaces like the Lake Palace, city palace, Lalgargh palace that you can visit on your trip to Rajasthan. These beautiful palaces and forts are sign of Rajasthan rich culture and legacy. Embellished with precious stones and paintings and exquisite carvings, these charming forts are an absolute treat for the tourists.