The Heavenly Trek: Visit Phalut And The Descent From Sandakphu 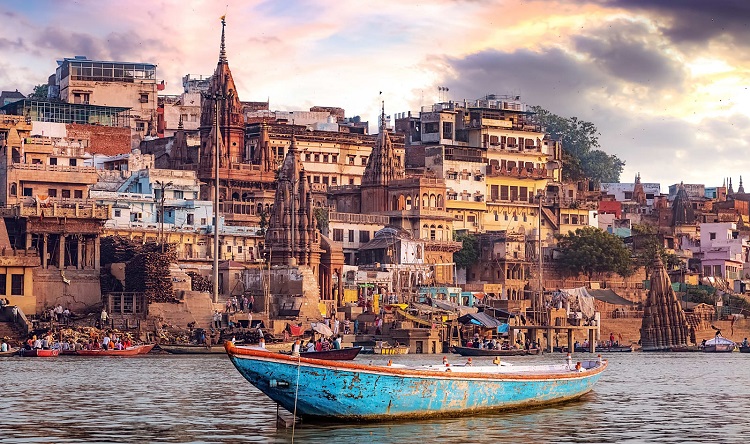 The glowing yellow sun peaks up from the horizon. Almost on cue, they could start to move away and the wind starts to welcome the effervescent smell of the million incense stick around me. The sun splashes the pious river with a shimmery yellow colour, as it flows silently.

Such a mesmerizing scene can be only witnessed at one place in India – The Holy City, Varanasi.

As I was sitting on the steps at the ghats and witnessing this scene, I considered myself lucky to have been here at least once in my life.

Varanasi is one of the holiest places for Hindus. Marred with innumerable hotels, and located by the holy river of Ganga, the air of this place itself talks of a spiritual presence. Hindus believe that if one dies in Varanasi then he or she can be freed from the cycle of rebirth- their soul is released and they attain moksha.

The land of Varanasi or Kashi as it was once called is the ultimate pilgrimage spot for Hindus. It was the abode of Parvati and Lord Shiva and is also one of the oldest cities on the Earth. It’s so old that even authors like Mark Twain have written poems about it.

Varanasi is an abode of tolerance and a religious hub. Both Vaishnavism and Shaivism co-exist here. It is also said to be the birthplace of Parsvanath, the twenty-third Tirthankar.

It is believed that Ayurveda and other modern medicinal practices also came from this quaint little city.

I had the pleasure of going to Varanasi and experience the hype that I had always heard about it.

Top Things to Do in Varanasi

Varanasi is filled with things to do. When I first reach here, I was confused with the chaos that was around me. But, over time I realized the best way to experience Varanasi is to just walk around. It gets almost impossible at times to find the way through the narrow, curvy and chaotic lanes. But the atmosphere and the little city charm is all worth it. There are tiny shops, colourful markets, smoking sadhus and even stray cows just walking through the same narrow road as I was.

There are also several important Hindu temples, the most famous is the Vishwanath Temple, dedicated to Lord Shiva, but non-Hindus and foreigners are not always allowed in, but this can change, you’ll have to see what the situation is when you are there.

Stroll along the Ghats –

The ghats are what gives Varanasi the charm that it so proudly commands. They are basically the riverfront steps along the Ganga river, which have made this place even more iconic than it once was. Many believe that taking a sip in the holy river of Ganga will cleanse away all the sins.

There are serval rituals that are held at the Ghats, and most of them are too astonishing to miss. The Ghats are full of life with lamps floating away aimlessly. The plan is dotted with temples and small shrines.

Dashashwamedh Ghat is one of the main Ghats and is extremely colourful and busy. It is filled with activity, and you are sure to see sadhus and pandits all around just sitting and chanting their mantras. The vibe at the Ghats is electrifying and indescribable. Watching the sunrise at the Ghats has its own charm, but as night falls and people come out to perform Aarti near the Ghats, that is when it actually comes alive.

While this may sound sombre and even morbid, but it is truly a specialty in Varanasi. It is hard not to witness a funeral, as the pyres are usually burning 24/7 at the Manikarnika Ghat and the Harishchandra Ghat. Hindus believe that if one dies in Varanasi then they are liberated from the cycle of death and rebirth- they attain moksha.

The funeral proceedings of Varanasi has been documented heavily and while it is an extremely disturbing sight, it is truly a spectacle. Pyres after pyres burn and the smoke rises s if signifying the release of the spirit.

It is extremely important to be decent while witnessing this, and one must not take any photos or videos. This is a highly sensitive and triggering thing. One should avoid it if they feel they are not up for it.

Take a sunrise boat ride along the holy Ganges river –

It was early morning. My hotel manager had recommended me to sail away in a boat during sunrise. While I am not an early riser, in this one case I decided to make an exception.

As I made my way out to the Ghats, I could already see ladies in colourful sarees and sadhus in their saffron lungis were already doing their morning pooja. There were few boats scattered here and there. I hopped on to one of the boats and started sailing away.

This is one of the most mystical experiences that I had in Varanasi. The morning sun was just rising and started hitting the water. Everything was quiet and peaceful around me. The wind was cold and the river calm. I was sailing in the middle of the holiest river in India and in front of me the whole process of life and death played out through the rituals that were occurring at the Ghats.

I witnessed everything that Varanasi had to offer through that one Boat Ride with Sunrise View. From the smoke from the pipes of the sadhus to the lady in red who dropped her flowers, from the meditating yogi to the man who just cremated his father, from the temples lined across the ghats to the pilgrims taking the holy dip- everything was in front of me.

I knew at the very moment that this was the moment where I was content. Everything was moving in its own pace and just like my sailing boat, I too was floating in the land where spirituality reverberated off the floors, the walls, the river and from everywhere else.

This one is truly a sight to gasp about. I stood there among the hundreds of pilgrims and tourists who gathered around to witness the famous Evening Ganga Aarti. The pilgrims were chanting and slowly so was I. The rhythm was vibrating through my should as I witnessed the Aarti taking place.

The main priest led the spectacle, as he moved his hand with the auspicious plate, the whole crowd also moved along with his rhythm. There was music and changing and fire, as the atmosphere just getting better and better. The songs were all about Lord Shiva and the river Ganga.

The divine presence had rubbed off on everyone’s shoulders and every person was as engulfed by the scene at the Dashashwamedh Ghat as the person beside them.

While nothing comes close to the evening Aarti, this one can be suited for those who want to avoid a large crowd. The ritual is similar, only that it occurs at sunrise. I had managed to catch just a glimpse of it as I was boarding my boat to sail off.

In the afternoon the next day, I decided to visit the famous Ramnagar Fort and Museum which is situated on the other side of the river. While the weeds of decay have certainly aged this Fort, the spirit of it is still radiating. It was the ancestral home of the famous Maharaja of Benaras. As of now, it is a quirky museum filled with vintage weapons, vintage cars, and medieval costumes.

I was fortunate enough to catch the awe-inspiring sunset from the top of the Fort. The scene as the sun sets and disappears into the horizon with River Ganga in front of it is absolutely brilliant.

While I could not visit all the temples in Varanasi, there are certainly some that are beautiful beyond reason. The temples are filled with architectural marvels and amazing rituals. The colourful and vibrant markets around the temples heighten the extravaganza and add to the rustic charm of this little town. Some of the famous temples are-

Since a long time, I had always wanted to go to the famous Benaras University. It is said to be one of the most exceptional educational institutions and is also the oldest in Asia. My wish was fulfilled, as I made my way to this reputed university. It was established in 1916 and the campus is exceedingly spacious and pleasant. There was a lovely museum which enlightened me about this prestigious university.

Varanasi is a land with a divine presence. When in Varanasi even atheists will have to agree that there is some kind of a power that resides in the hearts of this city. From the colourful life of the people to the interesting rituals that I witnessed, Varanasi has filled me with scenes I will never forget. The image of one lone lighted Diya floating away in the silence of the night is something that will be etched in my brain forever. 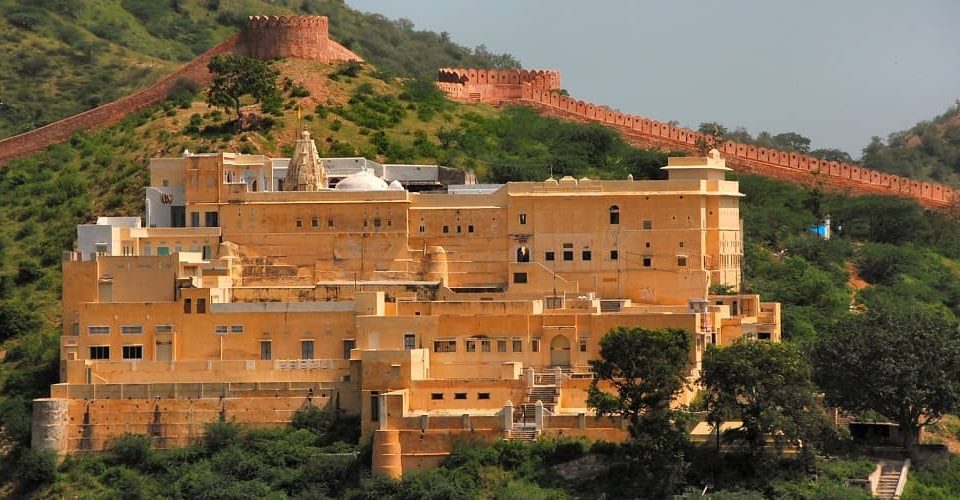 The Best Day Trips From Jaipur for Your Rajasthan Tour 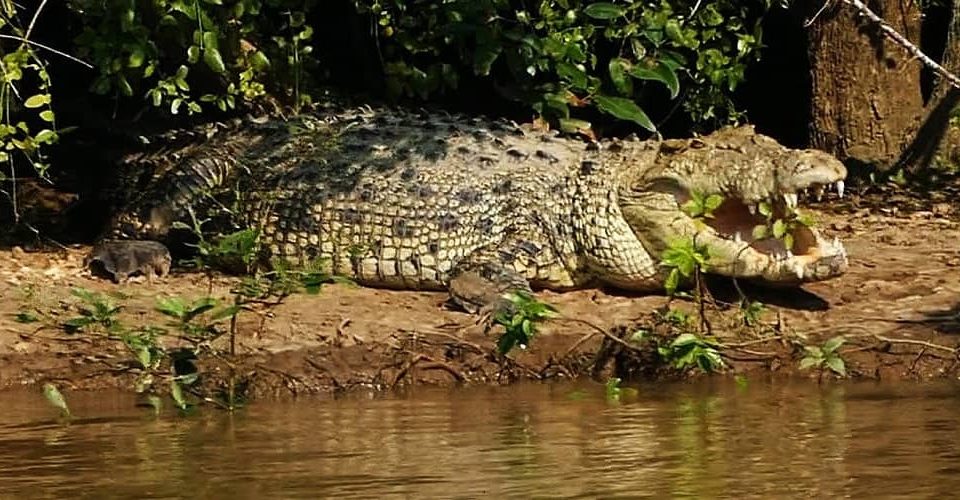