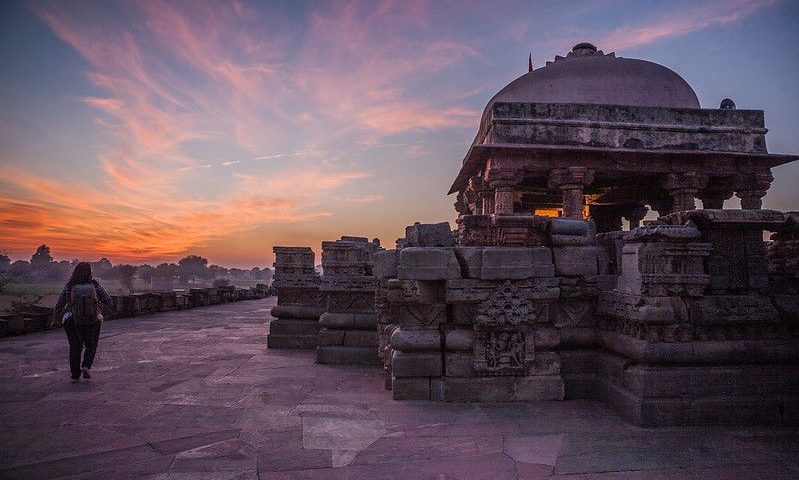 India, a country where mountain to plateau everything resides. Either it is the beautiful Himalayas or the rugged Thar Desert, India excites every tourist. Amongst all, Rajasthan ranks the ideal spot for tourism because of the enthusiasm it carries. The humongous forts or the kaleidoscope elements it lifts the mood at once. Amongst all, Abhaneri Village got the title of “City of Brightness” due to the rich cultural background.

The tiny village of Rajasthan is the home of the unusual and awestruck scenario. Abha Nagri was the former name of Abhaneri. It was in the period of the9th Century, King Raja Chand of Gurjar Kingdom has built the village. Through ages, various rulers have invaded the village. The Chauhans of Sambhar was the first ruler of the place. Muhammad of Ghazni then ruled the village followed by the Mughals, later the Marathas and finally, t was independent. Harshat Mata Temple and Chand Baoli stepwell are the major attraction spot in Abhaneri Village

Harsha Mata is the goddess of joy and happiness, where the name is coined after her. The outer wall of the temple has the carvings of god. The temple also has beautiful sculptures found in the upper segment of the temple. Although during the temple run through destruction by the Islamic rulers, still it pertains to the beauty in it with its sculpture and architectural style.

The temple also resides in beautiful Shiva Temple consisting of Shiv Panchayat on the upper side. The most beautiful element of the temple is the pillar, designed and carved beautifully. The temple is an entry fee and is open all day of the year.

Chand Baori is yet another interesting tourist spot in the Abhaneri Village. The stepwell is one of the longest and deepest step-wells in the whole world. t consists of three thousand and five hundred narrow steps with thirteen stories. The architectural display proves the intelligence of the then architecture especially its geometrical structure. The well was constructed by King Chand to ensure the local people get access to fetching clean water. As the area is dry, the well aided the people with water preserve system throughout the year.

Carrying the popular badge of vibrant state with royalty, cuisine and vintage sight, Rajasthan is the center of attraction. With the conduction of multiple festivals and fairs, Rajasthan captures the tourism economy even more.

Abhaneri Festival is one of the festivals which boosts tourism in India. tart in the month of September or October. The festival got its popularity and fame from the year 2008 along with the Pushkar, Teej and Camel festival.

Many more like Bhawai dance- the dance balancing pots on the head wearing a vibrant costume, Raas-Leela, puppet shows, exhibitions, etc. engages the tourist from day 1.

How to Reach Abhaneri Village

The Village is a well-connected center. It is located in the NH-11or the Jaipur-Agra road.
Jaipur Sanganer Airport is the nearest airport where a cab and taxi can be taken.
Abhaneri is also well connected by road as both government and private buses ply regularly between Abhaneri and Dausa, Agra, Jaipur, Ajmer, Alwar, Bharatpur, and Bikaner. Dausa is the nearest railway station.

October to March is the best time to visit the place. Preferably September or October is the ideal time to visit because of the Abhaneri Village Festival. Even the place is a small rustic village it provides as the perfect long weekend goal.