The Udaipur city was founded by Maharaja Udai Singh II in the year 1568. This beautiful city is considered as the most romantic city of the state of Rajasthan. Known for its age old culture and tradition, it provides the best example of Hindu and Islamic culture. Surrounded by the rolling hills, Udaipur city has a number of palaces, temples and havelis that will simply make you mesmerized. The paintings, crafts and performing arts of Udaipur are also widely popular worldwide. You can have a perfect blend of sight and experience for which this city has been rightly called ‘Venice of the East’. Sightseeing in Udaipur includes some major forts, palaces and havelis which are the Lake Palace, City Palace, Sajjangarh Fort, Bagore-ki-Haveli, Neemach Mata Temple, and Jagdish Temple. 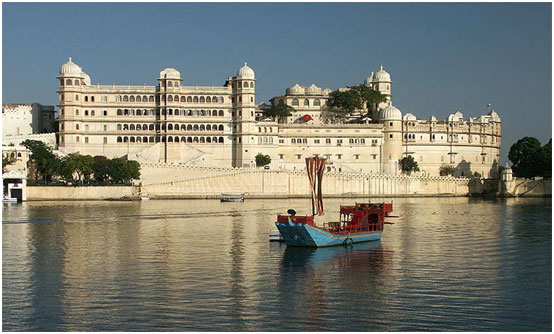 On the Jagniwas Island, the Lake Palace is situated. This 18th century palace is one of the most stunning places of Rajasthan surrounded by the Aravalli Mountains. Facing east, it was originally built to offer prayers to the sun god at dawn. However, it has now been converted into a heritage hotel providing luxury accommodations.

The City Palace was built by Maharaja Udai Mirza Singh in the year 1559. Housing several other palaces, the city palace is situated on the east bank of Lake Pichola. A fusion of Rajasthani and Mughal architectural style can be seen in the decoration of this palace. The other attractions of this palace are the Monsoon Palace and the nearby Jagdish Temple.

The Sajjangarh Fort is also known to be the Monsoon Palace built by Maharaja Sajjan Singh to see the arriving monsoon clouds from afar. There is also a Sajjan Niwas garden nearby the fort. Visitors preferably take a boat ride to reach this imposing landmark. 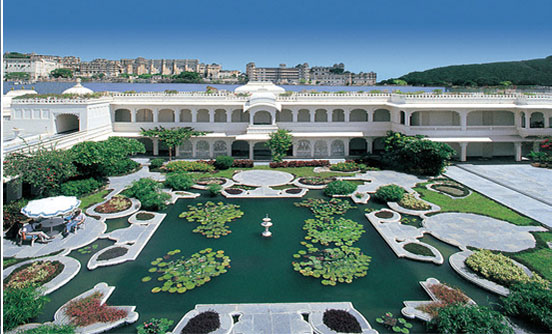 The Bagore-ki-Haveli is situated within the Gangaur Ghat area. This 18th century haveli consists of 140 different rooms, an art gallery, a polystyrene monument and a large courtyard. Believed to be founded by a former Indian prime minister, this haveli is a famous tourist destination in Rajasthan.

The Jagdish Temple was constructed in the middle of the 17th century by Maharaja Jagat Singh with detailed carvings of Indo-Aryan architecture. Idols of Vishnu and Jagannath are worshipped here.

Another such noteworthy temple of the state of Rajasthan is Neemach Mata temple. It is built on an elevated hilltop and offers a beautiful view if the Udaipur city. A large number of tourists visit this temple for having the best view of the whole Udaipur city.