Madhya Pradesh has always been one of my favourite states in India. Its rustic charm and rugged beauty have always attracted me to this state. Yet, I because of my fondness I have managed to explore all the possible touristy places to look at. Or so I had thought.

During my yet another trip to Madhya Pradesh, I came across a quaint place called Orchha. Orchha is about 15km from Jhansi, and I decided to do this trip a little differently. I made up my mind to travel to Orchha when the dark clouds would descend and heaven would open its flood gates.

As I got off at Jhansi I was already surprised to see the greenery that had suddenly emerged in the otherwise barren region. I found an auto to take me to Orchha. Throughout the ride, I kept glancing at the green hills, the wet roads and the sensational earthy smelling the atmosphere. I took a long deep breath and I knew I had made the right choice.

Orchha was originally the capital of the might Bundela Kingdom. It was essentially a hub which enjoyed a lot of prosperity in its time. Now, the same place has broken into a tiny area and is engulfed by a dense forest. This forest looked, even more, intimidating in the monsoon season.

Orchha is situated on the banks of the Betwa river, which I noticed gained a new life in this season. The usually calm water body was full of life today. The dark clouds and the thick fog made Betwa look even more mystical and charming. The seven streams of Betwa actually coverage at Orchha, and adds to the allure of the town.

Things To Do in Orchha

My first stop had to be the famous Jahangir Mahal, which is known for its structural beauty. As I entered this fort, I was mesmerised by the brilliance of this place. The courtyard is huge with an aesthetic fountain in the middle. There are stairways leading everywhere, and the whole place just screamed of symmetry and beauty. I walked across the courtyard, and into a really dark place. This is called the lobby.

The place is extremely dark and as I walked, I couldn’t help but wonder if I was lost. Suddenly, a flash of light hit me and as my eyes relaxed, I was astonished to see the scene in front of me. The green hills were staring back at me, the sky was eerily dark and the town of Orchha was just sitting there surrounded by these brilliant landscapes. I stood at the viewpoint for a long time as I soaked everything in. The rain made it so much more beautiful.

Owing to the gigantic structure of the Fort, there are too many staircases. I convinced myself to walk on top of each one, as even the weather was favourable. Each storey as a window which offers a breathtaking view of the town and each window is different in its own way.

As I stared out of one of the windows and studied the town, I truly felt the charm of the town sweeping over me. Madhya Pradesh had once again shows me why it deserves to remain my favourite place.

I made my way through the charming little streets lined up with colourful markets to reach my next stop- Raja Ram Mandir. This rustic temple is home to a lot of pilgrims who travel from all over the world just to offer their prayers. It is located adjacent to the Jahangir Mahal. I wanted to see the temple to just experience the sheer devotion and the spirituality of this place of worship. The temple is dedicated to Lord Ram. My guide told me an interesting story about the origin of the temple.

The queen of Orchha was a huge devotee of Lord Ram. When she was moving to Orchha, she commissioned the building of a temple- The Chaturbhuj, to place the idols of Lord Ram there. Yet, when she reached Orccha, the temple was not finished. She ordered the idols to be kept in the place itself till the temple was ready. Once the to move the idols to the temples came, the idols just didn’t budge. Everyone tried to move the idols, but it seemed like some kind of an unexplainable force was holding the idols there. It was this decision to keep the idols inside the palace- and now the place is called The Raja Ram Mandir.

I was at the temple just as dusk was leaving and the evening was appearing. At this hour, the evening Aarti takes place. I wanted to witness that. As I stood along with hundreds of devotees, who closed their eyes in remembrance of God in that temple, I started to feel what they were feeling. After some time it seemed that Lord Ram had truly descended on earth and made his way in person to this temple. It was a beautiful and energising experience for me.

After this, I headed straight of the Light and Sound show that happens every day at the garden near the Raja Ram Mandir in Orchha. I had to walk across the temple to the Raja Mahal to catch the show. It is held at the courtyard and is pure genius. The symphony of music and lights are well synchronised and the show gives a holistic understanding of the history of this place. I was delighted to learn so much and realised how important this place was once, and how significant it was in history. Through the show, I felt transported back in time, when the place was still in its glory days. I could imagine, the king coming down from his horse, as the queen in her gorgeous attire waves her slender arms to the thousands of subjects who were lining up the streets to catch a glimpse of their rulers.

River Under The Umbrellas

I wanted to take this day forward very slowly. It was my last day here, and I didn’t want to leave. I decided to soak up the beauty of this place completely and fully before I headed back to modernity.

I decided to go to the riverside and enjoy a refreshing morning walk. The sky was a little clearer today, but the faint mist in the air never left its position. Just before the walk, I visited the cenotaphs in Orchha – which are memorials of the buried kings. The cenotaphs in Ochhars are actually a brilliance in architectural designing. They are shaped like umbrellas and are carved so intricately. They are called Chhatris. The Chatris are built alongside the river which adds so much to their beauty. Each Chatri has its own garden, and have now become icons of Ochhras.

There are other forts and temples that one can visit, but to my great dismay, I didn’t have the luxury of time. After the lovely walk by the riverside, I headed back to my hotel and had to pack up and bid farewell.

Throughout my journey back home I reminisced how artistic and beautiful Ochhra is. I even wondered with a hint of envy at the amount of wealth and luxury that the rulers of that time must have had. As I reached Jhansi, all I wanted to do was run back and relish Ochhra even more. Maybe next time, this time in some other season. 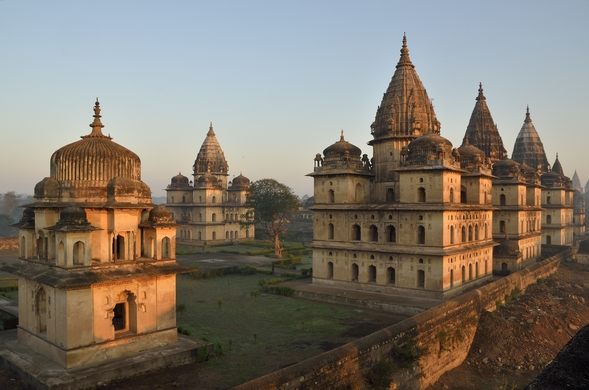 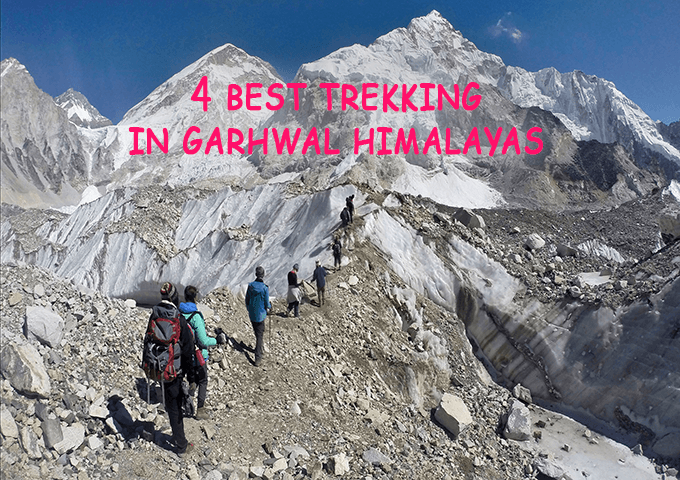 The Kumaon region of the Himalayas is by far one of the richest in terms of scenic beauty. From cascading waterfalls to exciting lakes, to the […]
Do you like it?0
Read more 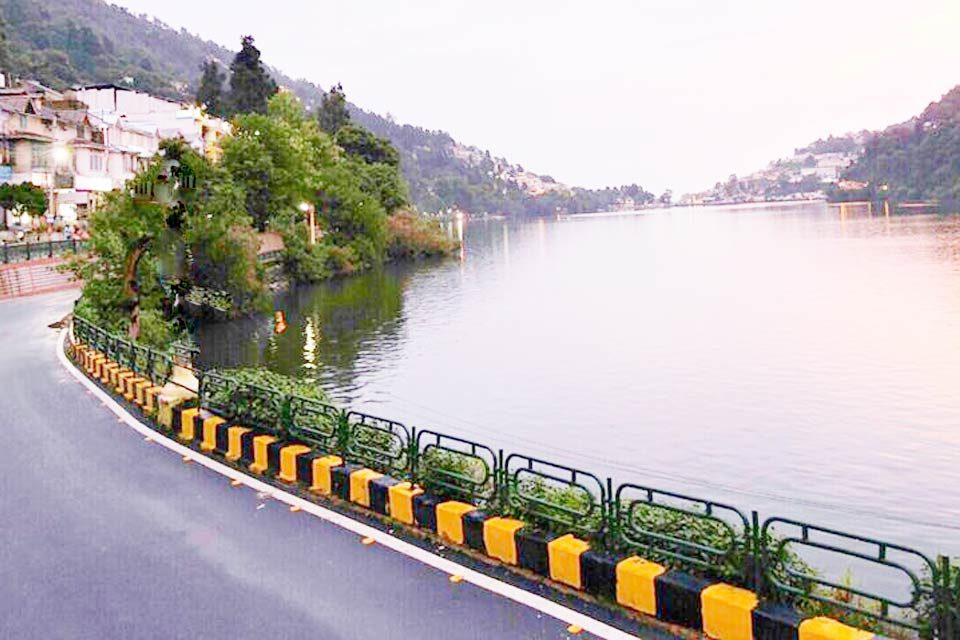 Traversing Across The Majestic Lakes of The Kumaon Region

Located at the heart of the famous Kumaon Region, this little town is a popular tourist destination. Just as the summer heats starts to beat down, […]
Do you like it?0
Read more 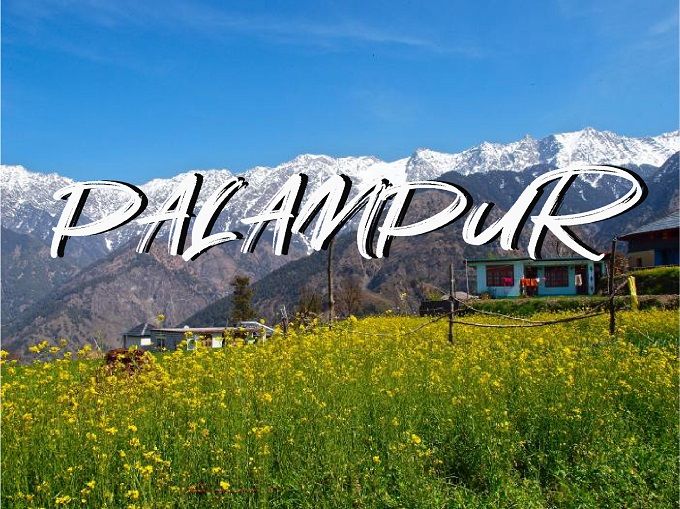 Palampur: A Dance of the Plains And The Mountains